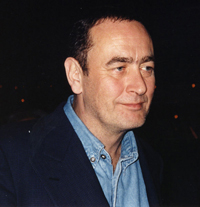 The generally accepted story of the 1994 Fantastic Four film is that Neue Constantin Films, a German film company, held the movie rights for the comic book, but the company had never managed to raise the funds needed to make a movie. Film rights are usually granted for a set length of time, and the rights to the Fantastic Four were set to expire. If the studio failed to make a film, they would lose on the investment. So Neue Constantin Films decided to rush a film into production and preserve its rights. After some last-minute efforts, the studio got a script, hired a director, cast the film and began shooting. The movie took 25 days to shoot with an estimated budget of $1.5 million. In comparison, the reported budget of the 2005 "Fantastic Four" film was $100 million.

You might think that the low budget doomed the movie from the beginning. But the real reason, according to the rumor, is that the studio only made the film in order to hold onto the rights while shopping for a bigger deal. The movie was never meant to be released at all, though the cast and crew didn't know that until well after the film wrapped production. The news came as a blow to the cast, who had hoped the film would boost their careers and felt that the movie was a fun and sincere take on the comic book. Some of the cast had even used their own money to promote the film at conventions, not knowing the movie would never be released.

Today, the film reportedly is owned by Avi Arad, the former CEO of Marvel Studios. Arad has said in interviews that he thought the film was a sincere, but not a fitting, depiction of the comic book property. Some claim that Avi destroyed the master print of the film, though many others think that's unlikely. Several members of the original cast hold out hope that the film will be released, even if only as a DVD extra feature on some future Fantastic Four effort.