Every year Dragon*Con brings together costumed hordes of science fiction, anime, fantasy, film and role-playing game enthusiasts in the nation's largest gathering of its kind. See pictures from Dragon*Con 2004. 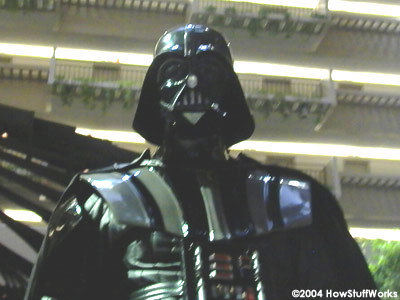 Every year Dragon*Con brings together costumed hordes of science fiction, anime, fantasy, film and role-playing game enthusiasts in the nation's largest gathering of its kind. Darth Vader's costume came together over the course of a year. When he's not leading the empire, Vader is a Computer Network Technology student at Harrison College and a part-time grocery bagger. 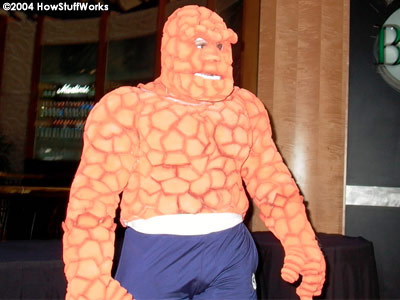 As always, The Thing looks mildly befuddled. Terry Peterson owns the eyes behind this Thing costume. It's made of individual 'rocks' of foam, all held together with rubber cement. It took 2.5 months and two people to put it together. 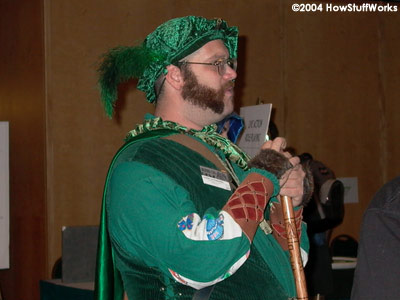 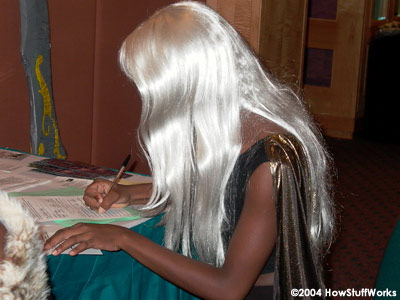 Storm from "The X-Men" uses her powers of manual kinesis to scratch readable 'words' onto this flat surface called 'paper.' 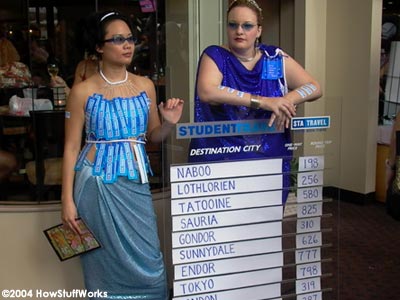 It's amazing how cheap Naboo tickets are now that the embargo's been lifted. 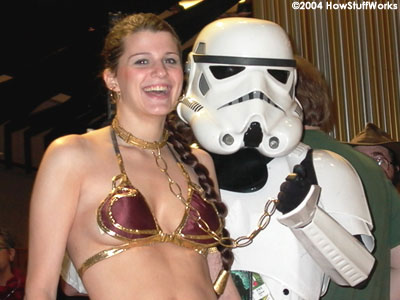 Definitely not the droids he was looking for. 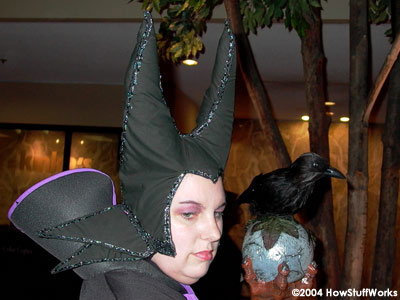 Karen Harris as Maleficent from 'Sleeping Beauty.' Her costume took 40-50 hours to produce and involved hand-gluing thousands of individual beads to the cape. 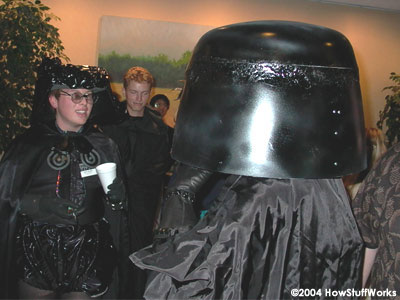 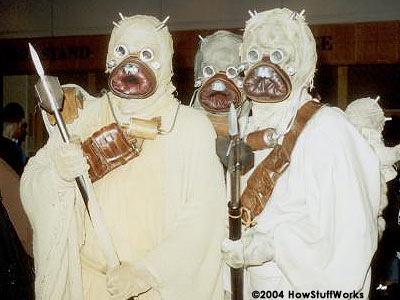 Who was supposed to bring the chapstick? 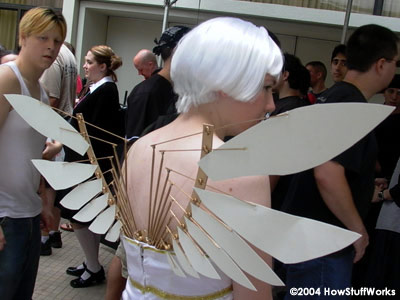 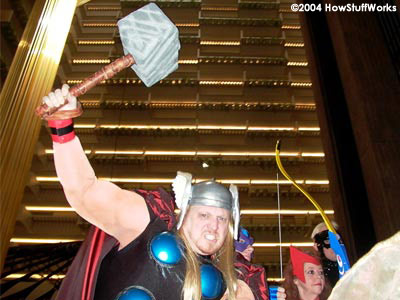 The mighty hammer of Thor passed the gun check without incident. 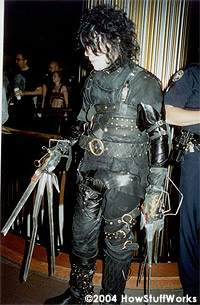 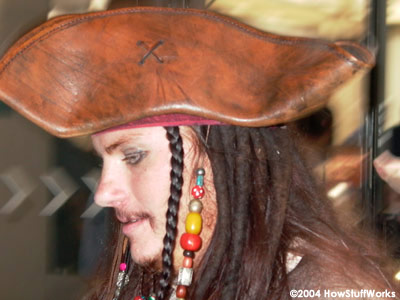 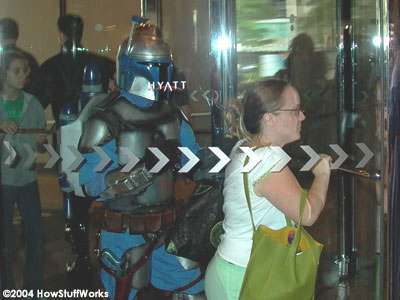 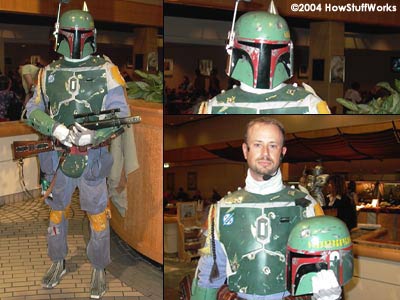 Boba Fett made most of his costume from scratch, including his weapon but probably not the air fetts on his feet. 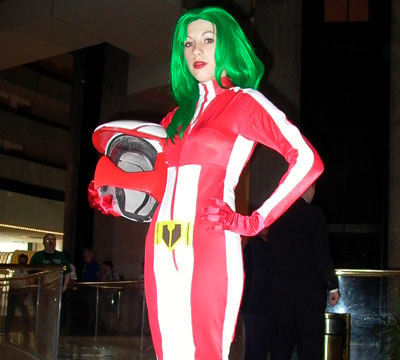 Andrea Zempella's Myria costume from "Robotech" and "Macross" features a custom helmet made from fiberglass, Lexan, foam, bondo and weatherstripping. 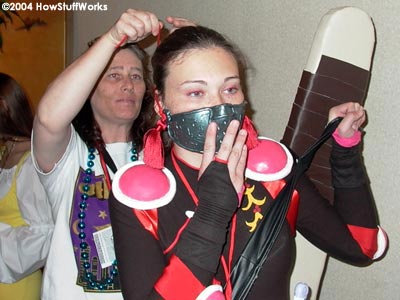 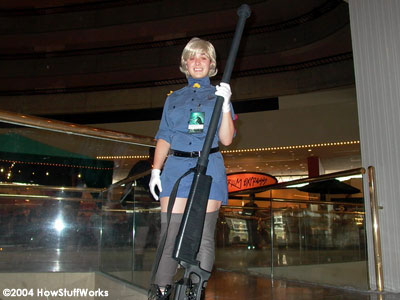 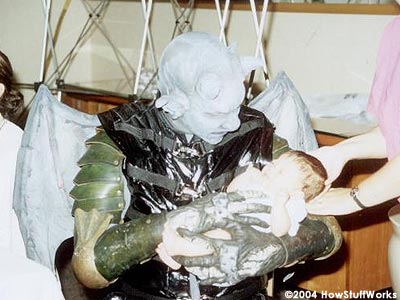 This baby costume took over 9 months and two people to produce. 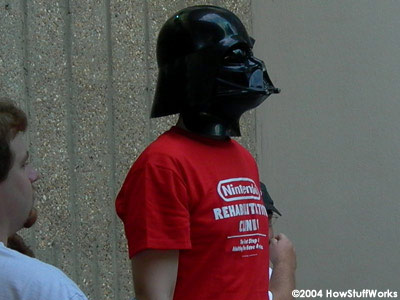 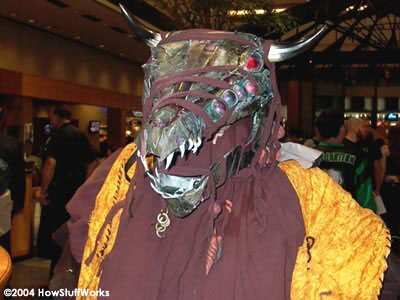 Jason Lacey constructed this Minotaur costume for an RPG (role playing game). In the next revision, Jason will add the ability to shoot clouds of CO2 from the nostrils. 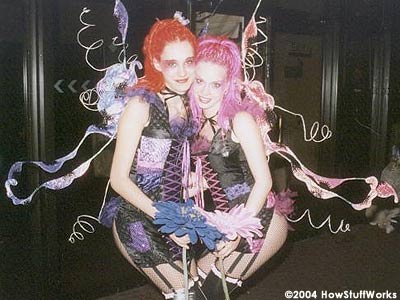 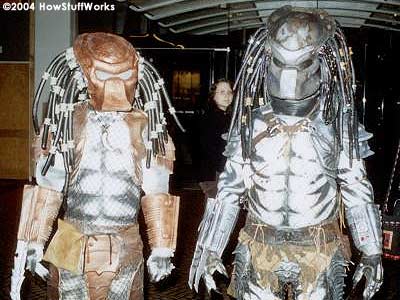 The Delightfully Eccentric World of Shel Silverstein
Why Is the World So Captivated by the Mona Lisa?
Many Stories Have One of Six 'Beautiful Shapes'

Searching for the Lost Horizon of Shangri-La
March 31, 2020

NASA's Chief Sniffer's Job Is to Keep 'Stinky' Situations Out of Space
March 31, 2020