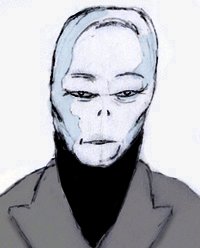 Comic Origin: As Russian agent during the Cold War, Dmitri Smerdyakov (The Chamelon) used his ability to mimic anyone's face and voice to spy on his American counterparts. In America he uses his talents to fight for the top spot in the New York criminal underworld. The Chameleon enlists the aid of fellow Russian Sergei Kravinoff (Kraven The Hunter) to stop Spider-Man from meddling in his shady dealings. Kraven uses his unmatched hunting skills and exotic elixirs in the never-ending quest to destroy Spider-Man.

Movie Status: Have not yet appeared.

Comic Status: After Kraven defeats Spider-Man and buries him alive, he takes Spidey's identity to prove that he is a better web-spinner. In his new role, Kraven captures the psychopathic rodent Vermin -- a villain Spidey himself was unable to nab. Because of this, Kraven feels he has proven that he is better than the original Spider-Man. Spider-Man eventually crawls out of his makeshift grave, and Kraven decides that this accomplishment restores honor to Spider-Man. Kraven releases Vermin before shooting himself. Since then, the Chameleon has made it his mission to avenge his comrade's death by destroying Spider-Man. Chameleon is currently locked away in an insane asylum after his most recent evil scheme went horribly wrong.

Probability: One of the most popular storylines in the Spidey mythos, Kraven's "last hunt" seems primed for the big screen treatment -- just not anytime soon. If the franchise hits five or six films, this one's as good as wrapped.