The Techniques and Philosophies of Surrealism 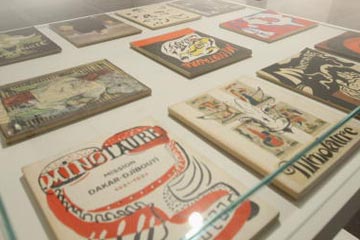 The Surrealists frequently combined their visual arts with the written word, such as in this publication -- "Minotaure" -- which was issued in the 1930s.
Sean Gallup/Getty Images Entertainment/Getty Images

As with Dadaism, one of the primary techniques practiced by many Surrealists was the process of automatism. Similar to other artistic manifestations such as improvisational free jazz, automatism involves writing and drawing with as little conscious control as possible.

This technique was considered valuable because the Surrealists believed it allowed them to tap into their subconscious and explore the realms of their inner psyches while consequently expanding that territory. Dreams were also of great significance, as these were considered a chief route to the primal self, encased by what they believed to be an artificially constructed cultural consciousness. In an extension of this, Surrealist art sometimes featured recurring symbolism to convey different intentions. Dalí, for instance, was famous for his soft watches, which were meant to convey the idea that time is fluid. Ants stood for putrefaction and transition, while drawers symbolized memories that could be locked away.

Creating odd and often thought-provoking juxtapositions was another core Surrealist technique, with fragments coming together in unconventional contexts. In fact, the more various puzzle pieces differed from one another -- and the greater the sense that the newfound relationship was genuine -- the more profound the conveyed message was believed to be. This relates to the word "surreal" itself, which was meant to express the idea that Surrealism goes above and beyond mundane reality, that it reforms and transcends it.

Surrealist paintings often leave viewers with a confused or eerie sensation. Apart from crazy juxtapositions, the art might portray menacing shadows cast by figures lurking just outside the frame or twisted objects that look like characters out of a nightmare or a hallucination. Components that many might consider perverse or grotesque are fair game, and eroticism often plays a role as well. All in all, Surrealism can easily come off as disturbing, or at the very least, a bit unsettling.

Now that we've had a look at some of the hallmark characteristics of Surrealism, let's take a closer look at who founded the movement, as well as the other creative savants who defined the Surrealist style.