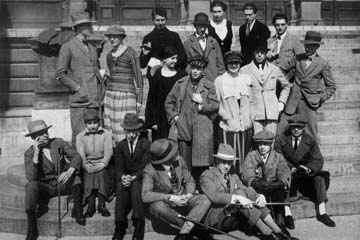 Many of the Dadaists pictured here influenced Surrealism or would later become Surrealists themselves.
Apic/Contributor/Hulton Archive/Getty Images

The Surrealism movement, which today is most commonly associated with its paintings, had its heyday in the 1920s and 1930s. But to really understand what Surrealism is all about, we first have to examine what was brewing in the art world, and the world at large, to set the stage for the budding Surrealists. Several art movements that followed the turn of the century likely played a part in the creation of Surrealism, none more so than Dadaism. Dada sprang from the horrors of ]World War I, when artists -- appalled by the disgusting filth, brutal slaughter and psychological trauma associated with the Great War -- sought a means of rebellion against society at large.

The Dadaists turned their backs on everything previously revered by the art world (think of Marcel Duchamp's mustachioed Mona Lisa) and treated objects with an irreverent and bitter absurdity that hinted at the traumatized artists' dark sentiments. Their aim was to shock the world and to stimulate a cultural reawakening, while attempting to unlock their subconscious and benefit from the catharsis that the artistic process delivered.

Dadaism was more of a mind-set than a particular style, and it was moving along a trajectory similar to that of psychoanalysts such as Freud and Jung, whose work would also heavily influence the Surrealists. Once the fiery spirit of Dadaism began to settle in the aftermath of the war, many of the movement's artists became submerged in the otherworldly and enigmatic style of Surrealism, which was even more invested in the idea of unlocking the unconscious and delving into the world of dreams.

Surrealism also occurred in the context of a rapidly advancing technological landscape and the mainstream modernization of the early 20th century. Surrealists were against this evolution; it served to enhance their need for cultural rebellion. On the next page, we'll take a closer look at some of the key tenets of the Surrealist movement. 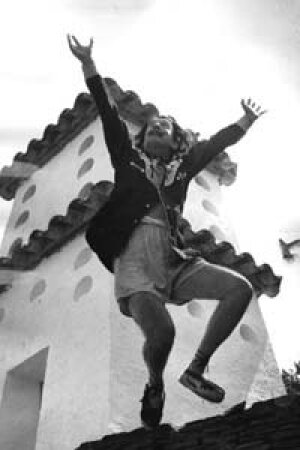 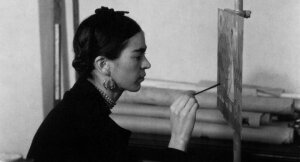