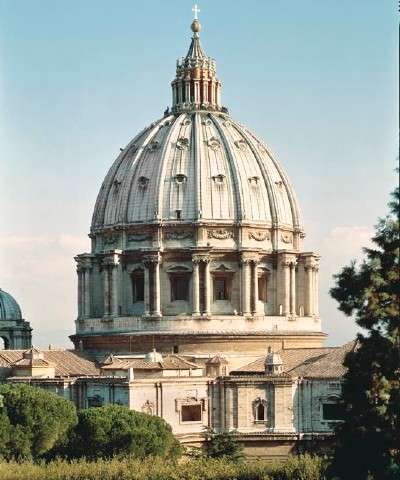 Michelangelo worked on St. Peter's Basilica from 1546 until his death in 1564. Thanks to him, the great dome (dome 265 feet high x 190 feet in diameter) became reality. The basilica can be visited in the Vatican.

St. Peter's Basilica dome was completed in 1626. Michelangelo was so impressed by Bramante's original plan for the dome that he based his design on it. By reinforcing the central piers, the artist made it possible for them to bear such a large dome.

Though he did not live to see the completion of his artistic idea, in the years that followed his death the present dome, an inspiring tour de force, was built according to his exact designs.