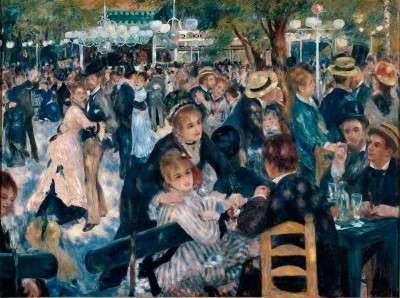 The Ball at the Moulin de la Galette by Pierre-Auguste Renoir (oil on canvas, 51-1/2x69 inches) hangs in the Musée d'Orsay in Paris.

In paintings such as The Ball at the Moulin de Galette, Renoir established himself as a master of color. On the next page we'll find another example of this brilliant use of color.