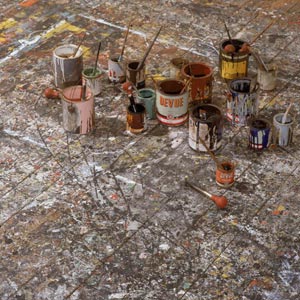 One of the most well-known, and quintessentially American, artists of the 20th century is undoubtedly Jackson Pollock. Even if you think of his famous "drip" technique as something so simple a child could do it, his fame has been firmly cemented in the American consciousness. Public and private collections all over the world include Pollock's work, and one -- "Number 5 1948," discussed later in this article ­-- is reportedly the most expensive painting ever sold at auction, with a price tag of $140 million [source: Pilkington]. Pollock's life has become nearly as famous as his paintings, due to his battle with alcoholism and untimely death. In 2000, actor and director Ed Harris released the biographical film "Pollock," which won critical praise and an Academy Award for the supporting performance of Marcia Gay Harden, who played Pollock's wife, Lee Krasner.

Though his body of work falls into a number of categories throughout his career, most critics associate Pollock with the movement known as Abstract Expressionism. As a participant in the movement's emergence in New York in the late 1930s and 1940s, Pollock sought to abandon the common tropes and methods of earlier artistic schools. The Abstract Expressionists (who were never a formal group, and only named so later) placed tremendous value on the process of creating art, something they saw as being of equal importance with the final product. Other artists in the movement included Mark Rothko, Willem de Kooning and Barnett Newman, all of whom were inspired by European modernism. The work of such artists as Pablo Picasso, Henri Matisse and Wassily Kandinsky was exhibited in New York during the emergence of the Abstract Expressionist movement, and had a tremendous impact on the artists working in and around the city then [source: Metropolitan Museum of Art].

In turn, Jackson Pollock influenced scores of other artists. By popularizing the process of "action painting," he brought a level of performance to the art world that it had never seen before. And Pollock and his fellow Abstract Expressionists put their country firmly on the map of the modernist art landscape.

Paul Jackson Pollock was born on Jan. 28, 1912, in the small town of Cody, Wyo. At the time of his birth, Pollock's parents, Stella and LeRoy, were sheep farmers. After the family's attempts at farming proved unsuccessful, LeRoy Pollock took a job as a government surveyor, which led the family to places like Arizona and California. Pollock's travels in the American West left an indelible mark on the artist and his work. Native American sand painting arguably had the greatest effect on his practical process; like sand painting, Pollock's most famous works were done on a flat surface, where he could approach them from all sides. The emphasis on process, and not just the final product, became Pollock's signature style. Native American motifs also found their way into some of Pollock's earlier works. "Birth," for example, uses imagery from traditional Inuit art [source: Tate Collection].

At the age of 18, Pollock moved to New York City to study at the Art Students League. There he worked with a number of well-known artists, including Thomas Hart Benton and Mexican artists Diego Rivera and David Alfaro Siqueiros. Pollock was drawn to their large-scale murals, a preference later reflected in his oversized works. Benton was particularly influential during Pollock's early time in New York, encouraging the young artist to study the Old Masters. Throughout the 1930s, Pollock observed, assisted and even posed for the muralists, letting their influence guide his own work. Pollock was invited to participate in his first exhibition, held at the Brooklyn Museum, in 1932. Five years later, he joined the Works Progress Administration's Federal Art Program [source: The Art Story]. Part of Franklin Roosevelt's New Deal, the Works Progress Administration (WPA) programs were created to provide work for people during the Great Depression. The Federal Art Program (FAP) was specifically geared toward commissioning murals, canvases, posters and sculptures that were patriotic and figurative, rather than abstract. Pollock's own work reflects that trend, though by the time he left the FAP in 1943, his art was heading in a decidedly abstract direction.

Sand painting is a traditional part of many cultures -- it's practiced from Tibet to Mexico. Though each group attaches a distinct meaning to the act of sand painting, many of the hallmarks are the same. The painting is done on a flat surface using colored sand and is usually meant to be a temporary piece of art. In the case of the Navajo, sand paintings are created in conjunction with healing ceremonies and can't be reproduced outside of those rituals. The Navajo believe that it's the act of sand painting itself which will bring about the needed healing [source: Hardt]. 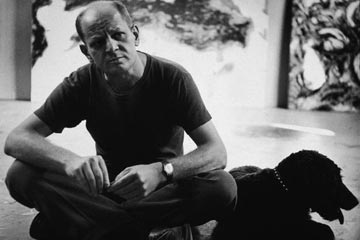 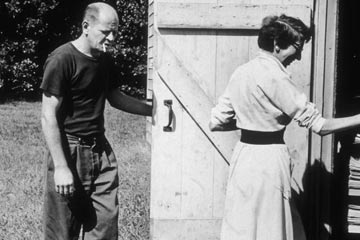 For lots more information on Jackson Pollock and other influential artists, see the links on the next page.