Will we ever have a la carte cable? 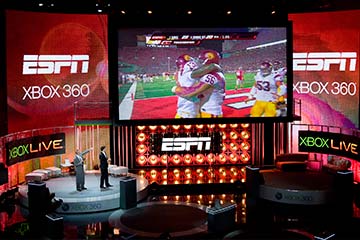 Since their inception, cable companies have been selling services as bundles of channels. In exchange for the wider range of programming that cable offers, this system guarantees that subscribers subsidize less popular networks, even if they never watch them. That means, unless you get excited about both CSPAN-3 book reviews and classic South American soccer games from the 1970s, you're probably paying for dozens (or even hundreds) of cable channels that you never even consider watching.

According to a Nielsen Research Study, the average cable subscriber paid for about 85 channels, but only watched 16 of them [source: PC Magazine]. That's like if every meal you ordered at a restaurant also came with a dozen doughnuts and a bag of fried shrimp. Don't want the fried shrimp and the doughnuts? Too bad. Take 'em; they're included in the price.

A la carte programming could change all that. Instead of your cable package including a bunch of channels you could care less about, an a la carte model would allow you to choose and pay for only the channels you're interested in.

So why wasn't a la carte available from the beginning? Well, partly because it's in the interests of content producers to pair popular channels with unpopular ones. Running even a small cable channel is expensive, and by forcing cable providers to include the less popular channels with big ratings getters, content companies can use bundles to bootstrap viewership for new networks, as well as claim access to a much larger market, which translates into more money from advertisers.

Some form of a la carte cable does seem to be on the horizon though, as anyone who's begged a friend or loved one for an HBO GO password knows, the bundle model is starting to show cracks. Showtime and CBS also have been experimenting with web-based subscription content, and when a la carte cable comes, it's going to be via the Internet.

The per-channel costs could add up, depending on the networks and how many you pay for. CBS is pricing its standalone channel at $5.99 per month. One analyst estimated that the monthly standalone cost for ESPN would be around $30 if it was unbundled [source: Flint].

While we may not be completely free of the cable bundle yet, one positive sign it is coming to fruition is the FCC is changing key policies in preparation. In October 2014, the FCC announced that it was extending the "multichannel video programming distributors" (MVPDs) to include providers of Internet video. By including Internet video as an MPVD, the FCC puts Internet video services on the same level as satellite providers and cable companies -- meaning there would essentially be no difference between cable, satellite and Internet TV providers.

Why do TV shows premiere in the fall?
Treat Yo Self to the 'Parks and Recreation' Quiz
Who runs public access TV channels?