9 Stars Who Turned Down Memorable Roles

Browse the article 9 Stars Who Turned Down Memorable Roles 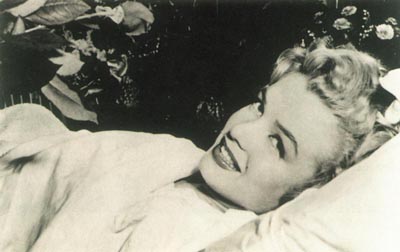 It seems that the actors cast in o­ur favorite movies are perfect for the part, but they're often not the director's first choice. Most celebs have turned down more roles than they've taken, some with regrets but many with thanks to their lucky stars.

See the next page to see the first star who turned down a memorable role.

Actor Will Smith started as the MC of the hip-hop duo DJ Jazzy Jeff & the Fresh Prince, winning the first ever Grammy in the Rap category in 1988. Smith was nearing bankruptcy in 1990 when he was hired to star in the sitcom The Fresh Prince of Bel-Air, which became a huge success. His movies include Independence Day (1996), Men in Black (1997), and Ali (2001). He was also offered the lead role in The Matrix (1999). Despite the film's phenomenal success, Smith later said that he didn't regret turning down the role because Keanu Reeves "was brilliant as Neo." Smith also originally passed on Men in Black, but his wife convinced him to reconsider.

Gwyneth Paltrow is one of those actors who seems to know which roles to take and which ones to turn down. She's received praise for her roles in Emma (1996) and The Royal Tenenbaums (2001), and she won a Best Actress Oscar for Shakespeare in Love (1998). But she's turned down her fair share, including Rollergirl in Boogie Nights (1997), which went to Heather Graham; Emma Peel in The Avengers (1998), which went to Uma Thurman; and Rachel in The Ring (2002), which went to Naomi Watts. Paltrow may have inherited her good eye for roles from her late father, film director Bruce Paltrow, and her mother, actor Blythe Danner.

A star with a career as long as Sean Connery's is bound to make both good and bad decisions. The good ones include roles in Indiana Jones and the Last Crusade (1989), The Hunt for Red October (1990), seven James Bond movies, and his Academy Award-winning role in The Untouchables (1987). But one questionable decision was turning down the 007 role in Live and Let Die (1973), which became a great career move for his replacement, Roger Moore. Connery later turned down the role of Gandalf in the Lord of the Rings trilogy, which went to Ian McKellen, and the role of Morpheus in The Matrix films, which went to Laurence Fishburne -- two decisions that he later admitted regretting.

Mel Gibson has had a blockbuster career as an actor, starring in both the Mad Max and Lethal Weapon series, and as a director, winning an Academy Award for Braveheart (1995), in which he also starred. Gibson turned down the lead role in The Terminator (1984), which went to Arnold Schwarzenegger instead. Gibson was also offered the lead in the first Batman movie (1989) (which went to Michael Keaton), but he was already committed to Lethal Weapon 2 (1989). Later, he turned down the part of villain Two Face in Batman Forever (1995), which went to Tommy Lee Jones.

Bill Murray got his start on Saturday Night Live, which led to juicy roles in comedies such as Caddyshack (1980) and Ghostbusters (1984), and later to serious roles in films such as Lost in Translation (2003), for which he received an Oscar nomination. Murray was chosen for the role of Donald "Boon" Schoenstein in Animal House (1978), but passed to honor a previous commitment. Murray probably made a wise decision when he turned down the lead in Bad Santa (2003) (which went to Billy Bob Thornton) because of a scheduling conflict with Lost in Translation.

Al Pacino rose to fame playing Michael Corleone in The Godfather movies and has since starred in many great movies, including Scarface (1983), Donnie Brasco (1997), and Scent of a Woman (1992), for which he won an Oscar. But can you imagine Big Al as Han Solo in Star Wars (1977), the role that started the career of Harrison Ford? Pacino also turned down the lead role in Close Encounters of the Third Kind (1977), which, instead, went to Richard Dreyfuss. But the actor Pacino has had the most close encounters with is Dustin Hoffman. Pacino turned down starring roles in Midnight Cowboy (1969), Marathon Man (1976), and Kramer vs. Kramer (1979), all of which went to Hoffman.

Marilyn Monroe starred in many great movies in her short career, including Gentlemen Prefer Blondes (1953), How to Marry a Millionaire (1953), and The Seven Year Itch (1955). But the blonde bombshell passed on the lead in Goodbye Charlie (1964), a comedy directed by Vincente Minnelli, in which a gangster dies and gets reincarnated as a woman. Debbie Reynolds took the part instead. Monroe also refused a starring role in the Western Heller in Pink Tights (1960) because she believed the role was weak. Sophia Loren took the part, wearing a blonde wig.

Rock Hudson, a favorite leading man of the 1950s and 1960s, starred in films such as Come September (1961), Send Me No Flowers (1964), and Pillow Talk (1959), the first of several films with Doris Day. He signed on to play the lead in Ben Hur (1959), but when contract negotiations broke down, the part went to Charlton Heston, a move that would prove to be Hudson's only career regret.