by the Editors of Publications International, Ltd. & Laurie L. Dove
Prev NEXT
6 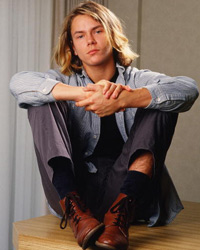 Phoenix also won acclaim for his work in "My Own Private Idaho" -- and teen hearthrob status for roles in blockbusters like "Sneakers" and "Indiana Jones and the Last Crusade."
George Rose/Getty Images

River Phoenix, a young actor who shot to stardom after appearing in Rob Reiner's "Stand by Me," was near the end of filming "Dark Blood" when he died of a drug overdose on Halloween in 1993 at age 23. Phoenix had reportedly exited a Hollywood nightclub called The Viper Room when he began convulsing on the sidewalk, surrounded by onlookers. He was taken by ambulance to a nearby hospital where he was pronounced dead. An autopsy found cocaine, morphine, marijuana, Valium and cold medication in his system [source: Mydans].

"Dark Blood," a dark tale about a widower (Phoenix) living on a nuclear testing site, was subsequently canceled because Phoenix's presence was crucial to several yet-to-be-shot scenes. Phoenix was also slated to film "Interview with the Vampire" with Tom Cruise. His role was taken over by Christian Slater, who donated his entire salary from the film to a charity in Phoenix's honor [source: The Internet Movie Database].