8 Magazine Covers That Broke the Internet

Browse the article 8 Magazine Covers That Broke the Internet 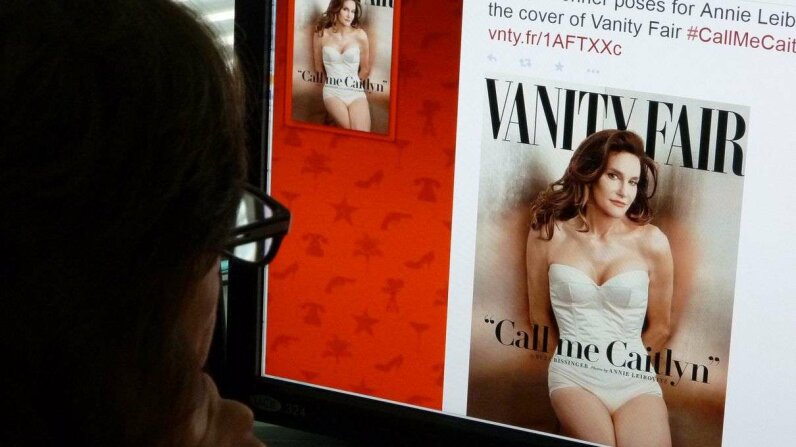 A journalist looks at Vanity Fair's Twitter site with the tweet about Caitlyn Jenner, who was featured on the July cover of the magazine. MLADENANTONOV/GettyImages

Even in our Internet age, a magazine cover can generate huge buzz. Or a huge outcry. Here are eight that garnered millions of comments and conversations.

This cover of Ebony was the icing on the terrible cake that was Bill Cosby's year. Designed to look like a shattered picture frame, with the main damage centered squarely on the Huxtable family patriarch's face, the cover speaks volumes about the once-idyllic, now tarnished image of America's preeminent black television family. Proponents insist that Cosby's fall from grace (for allegedly drugging and raping a number of women) is long past due, but many others wish the mag hadn't brought Clair, Theo and company tumbling down with him.

Long known to the world as Olympic athlete and reality star Bruce Jenner, the public was shocked by Caitlyn Jenner's debut on the Vanity Fair cover, on which she sported long tresses, cleavage and a revealing wardrobe. For most people, this was their first glimpse of Jenner as a woman and the first time they heard her female name. The issue sold 432,000 copies, the magazine's biggest amount in five years. To show the power of the Internet: 43 percent of the issue's readers said they first heard about it on social media, and the magazine's website got 9 million visitors in the first 24 hours of exposure.

Funny-girl Rebel Wilson is known for her comic timing, singing voice and comfort with her own body image, but many fans definitely weren't laughing when Elle Australia gave her the “plus-size treatment” on the mag's cover. The phenomenon, which has also struck other curvy celebs, like Mindy Kaling and Melissa McCarthy, is characterized by a close-up of the subject's face, rather than the full-body shots so often awarded to skinnier models.

Washington is probably stunning in her sweatpants with no makeup, so when it appeared that InStyle had digitally altered her image on the cover of the March 2015 issue, people went bananas because the African-American beauty's skin appeared far too light. For what it's worth, InStyle responded to the uproar, insisting that the “Scandal” star had not been “whitewashed,” and that her appearance had more to do with poor lighting than anything else.

Be honest now — had you ever heard of Paper before Kanye's missus flashed her curvy derriere on its cover? No you had not. Depending on which cover you saw Kim either looked like she'd been rolling around in cooking oil as she displayed her naked butt, or else she was balancing a Champagne glass on her gowned posterior. We always knew she had mad skills, but no one dared to dream so big as that. These and other pictures of Kim buck-naked caused the relatively obscure publication to get 11.4 million unique visitors to its website in just a few days (its usual number was just half a million in a month).

The guy on the cover of a 2013 issue of Rolling Stone looked the part of a rock star, with his tousled locks and facial scruff, but he was anything but. The “cover model” was actually Boston Marathon bomber Dzhokhar Tsarnaev, and the feature story elaborated on his upbringing, religion, socioeconomic status and other details. Many longtime readers felt that this attention glamorized his choices and cause, and was a slap in the face of those who were injured or died in the terrible event.

According to many experts, breast is best ... but for how long, exactly? The shot of Jamie Lynne Grumet breastfeeding her 3-year-old on Time's controversial cover heavily publicized “attachment parenting,” which features extended breastfeeding, co-sleeping and keeping the baby attached to the parent as much as possible. Many lauded the cover for bringing the issue to light, but plenty of others complained about the visual of a walking, talking child suckling at his mother's teat.

Many people were outraged that when finally a black man made the cover of Vogue, he was portrayed as seeming aggressive, even borderline dangerous. This, they felt, perpetuated the pervading stereotypes of African-American men. Others went so far as to say that the cover was reminiscent of the original “King Kong” poster, taking serious offense at the mag for likening LeBron James to a gorilla clutching his beautiful femme fatale. And here's the flipside of the power of the Internet: The issue was Vogue's worst-selling April issue since 2001.

Now That’s Cool
Cindy Crawford said in January 2015 that the heyday of models was over, as most magazines preferred to put an actress, singer or reality star on their covers. But models are taking matter into their own hands by drumming up personal social media and online presence to generate interest in their work.