Browse the article 5 Things You Didn't Know About 'London Calling' 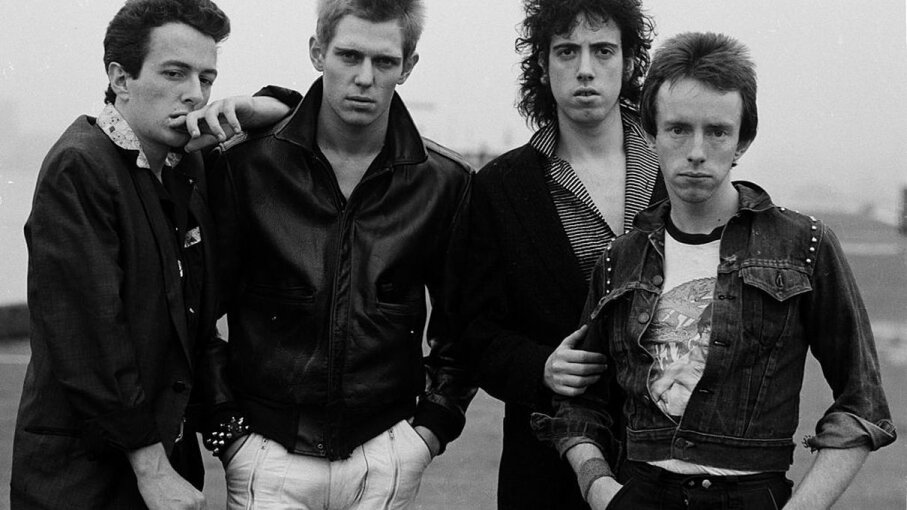 Flat broke, members of the Clash went into the studio to start work on their third album in May 1979. Not a single song was written yet, thanks to a case of writer's block. But that inauspicious start gave way to the album that Rolling Stone called the eighth greatest of all time and the best of the 1980s. Here are five things to know about the making of "London Calling."

1. The Creative Genius Was ... Football.

Between rehearsals, band members "relaxed" by playing football (soccer). But these were pretty brutal matches. "We played football till we dropped and then we'd start playing music. It was a good limbering-up thing," remembered singer/guitarist Joe Strummer in a video interview below. Anyone who came to the studio to visit was roped in to play. "[The CBS record executives] got kicked in the shins, pushed over. That was quite fun," added bassist Paul Simonon.

2. The Producer Was Nuts.

Much to the chagrin of the record company CBS, band members asked Guy Stevens to produce their album. Stevens had drug and alcohol problems and was a bit of a madman. "He'd pick up a ladder and swing that around. And then he'd throw six or seven chairs against the back wall," remembered singer/guitarist Mick Jones. It wasn't unusual to see Stevens in a wrestling match with the sound engineer Bill Price. "When we were mixing, he used to get so excited I used to hold him down with one hand and try to carry on the manual mix on the desk with the other," said Price. All that chaos energized the punk rock band.

3. The Title Track Was Influenced by Events in the U.K. and the U.S.

The phrase "London Calling" refers to the signal the BBC World Service used, and the song (and album) references many struggles plaguing Britain at the time — unemployment, drug abuse and racism. "We wanted 'London Calling' to reclaim the raw, natural culture [of rock]. We looked back to earlier rock music with great pleasure, but many of the issues people were facing were new and frightening. Our message was more urgent — that things were going to pieces," said Strummer to The Wall Street Journal. There's also a lyric that speaks to an event across the pond — the nuclear reactor meltdown at Three Mile Island in Pennsylvania in March 1979. ("A nuclear error, but I have no fear.")

4. The Photographer Thought the Cover Shot Was Too Blurry.

Just as iconic as the music on "London Calling" is the cover artwork, with its image of Paul Simonon smashing his bass and its pink and green lettering, a direct homage to Elvis Presley's self-titled debut album. Pennie Smith shot the picture at New York's Palladium theater. "The Palladium had fixed seating, so the audience was frozen in place," Simonon said.  "We weren't getting any response from them, no matter what we did ... Onstage that night I just got so frustrated with that crowd and when it got to the breaking point I started to chop the stage up with the guitar." Smith had been ready to pack up her camera until she saw Simonon looking "really, really fed up." "I just got the one shot and that was it," she told Entertainment Weekly. "End of roll of film." Ironically, she thought the image was too out of focus and didn't want it to be on the cover. But Joe Strummer loved it and fortunately, he prevailed.

The biggest U.S. single off the album was not listed on its sleeve. But that was because it was supposed to have been a giveaway promotion with the magazine New Musical Express. When that fell through, the song was added to the album. "A couple of Clash websites describe it as a hidden track, but it wasn't intended to be hidden. The sleeve was already printed before we tacked the song on the end of the master tape," said engineer Bill Price. Despite the title, there's no mention of trains in the lyrics — it's actually a sort of love song. Songwriter Mick Jones has said the track is like a train rhythm — hence the name. Later editions of the double album include the track in its listings.

Now That's Cool
"London Calling" was released in the U.K. in December 1979 and in the U.S. in January 1980. It has sold more than 5 million copies and consistently turns up in top 10 lists of the most influential albums of all time. "The Clash stormed the gates of rock convention and single-handedly set the agenda — musically, politically and emotionally — for the decade to come," said Rolling Stone.