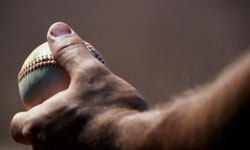 In 1979, sportswriter Daniel Okrent was looking for a way to pass the time on plane trips. He decided to get together his fellow baseball junkies to make up imaginary teams using real major league players' statistics to compete against each other. They called it "Rotisserie" baseball because their first meeting was at a restaurant called La Rotisserie Francaise in New York.

At the time, the group just thought the game was a cool way to put their voluminous knowledge of the sport to use. But with the advent of the Internet, which made it easy for participants to track and analyze the most arcane aspects of players' performances, fantasy baseball blew up into a phenomenon as huge as Barry Bonds' physique [source: Kurland and Lucas]. Today, Forbes.com estimates that various forms of fantasy baseball are played by nearly 11 million people [source: Greenberg]. To put that in perspective, that's about a fifth of the annual attendance at actual major league games [source: Baseball-reference.com].

Successful fantasy baseball players enter the draft with a strategy -- a strategy developed from in-depth research on players' stats and performance projections.

You'll find all the information you need from the various Web sites that provide stats, inside tips and analysis for fantasy competitors. ESPN's fantasy baseball site and the ML blogs network on the official Major League Baseball Web site are both good sources. Some fantasy baseball experts also have the online equivalent of horse racing tip sheets, such as sports author Ron Shandler's BaseballHQ and Harvard-educated math whiz Scott Swanay's Fantasy Baseball Sherpa. If you're serious about winning, you'll consult such sources religiously [source: Greenberg].

In the early days of Rotisserie baseball, the competitors were mostly professional sportswriters, whose press passes gave them face-to-face access to the players they'd drafted for their imaginary teams. Early Rotisserie champ Harry Stein recalled that in the early 1980s, before the Internet was available for perusing box scores, he was so desperate for information on a game that he went into the locker room and asked player-manager Pete Rose the status. Rose went to a payphone and returned a few seconds later with the info. (After Rose was banned from baseball for gambling, Stein realized that Rose most likely had received those stats from his bookie [source: Greenberg].)

Know the Rules Inside and Out 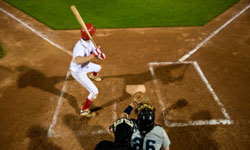 Winning fantasy baseball competitors have one thing in common with wily coaches and managers: They're always trying to decode the other teams' signs. Henry Lee, author of "Fantasy Baseball Strategy: Advanced Methods for Winning Your League," advises you to pay attention to other team owners to develop a sense of their likes and dislikes, strategy, strengths and weaknesses. Do they tend to go after players who happen to be on a momentary hot streak, or do they prefer players with a proven record of putting up good numbers [source: Lee]?

Paying attention to your opponents' moves during the draft can make a difference for you down the road. For example, write down which owners make the next-to-last bid for the players you end up with at the draft. If those opponents are interested in those players during the draft, they're likely to be receptive to a trade in the future, says Lee. On that note, keep an eye on which players other owners try to acquire as free agents, and those players' key attributes. Even if you don't have those players on your roster, you may have ones with similar stats or projections that the other owners might like to have in their corners.

Know When to Ditch Your Strategy 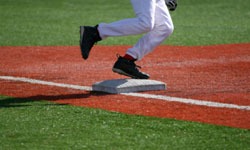 Draft Speed Instead of Sluggers

Mike and Michael Harmon, authors of "The Savvy Guide to Fantasy Sports," note that most baseball fans are enamored with the sluggers who've defined the sport for the past couple of decades, and fantasy competitors are no exception. But when it comes to fantasy scoring, stolen bases have the same weight as home runs, even though steals receive a lot less attention, in part because power hitters are more plentiful than similarly adept base thieves [source: Harmon].

In a recent season, 37 players hit 30 or more home runs, while only a dozen players recorded 30 steals. And during one recent five-year period, hitters with 30-plus homers were 2.5 times as plentiful as players with 30 or more stolen bases. Nevertheless, when draft day comes, sluggers are the ones who fly off the charts. For that reason, the Harmons suggest taking a different approach. Look for a base-stealer with potential to generate productive numbers in other statistical categories as well.