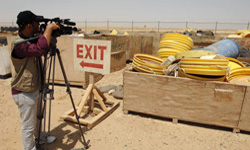 Here's a riddle: What do you get when you put 12 New Yorkers in a tent on the side of a mountain in Alaska during a brutal rain storm with tens of thousands of dollars in camera equipment and little to no connection to the outside world? Why, a reality TV production crew, of course!

That's how Dan Doty, cameraman and outdoor safety expert described his experience during the filming of the Alaska episode of The Travel Channel's "The Wild Within" [source: Doty]. After that harrowing night on the mountain, the show almost lost its host, Steven Rinella, when a coil of rope holding 300 pounds (136 kilograms) of food and gear tangled around Rinella's foot during a rappelling descent. Cameraman Doty threw himself on top of Rinella to save him from a broken neck. A minute later, the same rope coiled around Doty's leg and Rinella returned the life-saving favor. All in the name of adventure reality TV.

Getting paid to make television sounds like a dream job to most couch potatoes, but in some extreme situations, it can be a nightmare. Keep reading for our list of the most extreme assignments for TV crews.

On the Set of "Survivor"

Say what you will about reality TV, but "Survivor" is world-class entertainment. It's the ultimate voyeuristic TV experience, watching scantily clad castaways back-stab each other, starve and switch alliances on a quest for a million dollars. Every season, "Survivor" is set in another exotic location or uncharted locale. While the competitors suffer their fair share of injuries, mystery rashes and tropical bug infestations, the crew suffers right along with them.

Dr. Adrian Cohen is the Australian physician who has attended to the medical misfortunes of the show's 350-member production crew for every season since 2000. According to an interview in the Chicago Tribune, Cohen says the grossest crew affliction was a bug in Thailand that burrowed under the skin, producing a golf ball-sized growth with a worm floating at its center [source: Ryan]. One crew member lost a toe to a piranha in Africa, another drowned in Brazil, and every season brings a colorful new assortment of lacerations, broken bones and jungle-borne fevers dengue and malaria are crew favorites).

Even host Jeff Probst has been stung by both a scorpion and a jellyfish. Which gives us an idea for yet another reality TV spinoff: Surviving the Crew of Survivor! 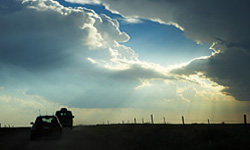 High-speed police chases make for excellent TV. Whether it's O.J. Simpson in his infamous white Bronco or just another criminal looking to make the five o' clock news, televised police chases draw in viewers like electromagnets. The key to any successful televised car chase, of course, is the omniscient aerial view provided by a swarm of news helicopters. Unfortunately, news helicopters have a way of becoming news themselves.

On July 27, 2007, troopers in Phoenix, Ariz. were in hot pursuit of a carjacker who had eluded capture for hours. Local TV news helicopters were following the chase and broadcasting live footage when tragedy struck. Two of the news helicopters, from KNXV and KTVK, collided in midair, sending both aircraft spiraling to the earth and killing all four crewmen and journalists on board [source: Giblin]. In 2008, a news helicopter crashed in Texas while chasing down a breaking news story, killing both of its passengers. 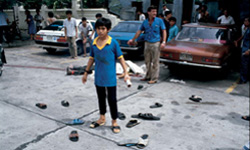 Embedded in a War Zone

The U.S. wars in Iraq and Afghanistan have been covered extensively by the television news media, thanks in part to embedding, an arrangement between media outlets and the military to allow civilian journalists to travel with the troops into active war zones. Embedding is a new phenomenon that was born of journalist frustration with having to report the previous Gulf War at a distance [source: Ignatius]. While the effectiveness and objectivity of embedded journalism has come under fire, it is unquestionably one of the most extreme and dangerous jobs in TV.

In January 2006, ABC anchorman Bob Woodruff and his cameraman Doug Vogt were seriously injured when their Army infantry convoy tripped a roadside bomb called an improvised explosive device (IED). Woodruff sustained traumatic brain injury from the rocks and debris that pierced his skull during the explosion and suffers lingering speech difficulties from the trauma. Vogt also sustained injuries to his head, as well as a broken shoulder [source: Weiss].

Unfortunately, Woodruff isn't alone. IEDs have severely injured and even killed a number of embedded TV and print journalists. Over a few difficult months in 2009, British and Canadian journalists were killed in separate IED explosions while traveling the treacherous roads of Afghanistan; several more TV journalists lost limbs [source: Boone].

According to the Committee to Protect Journalists, the dual wars in Iraq and Afghanistan have been the most dangerous for media in modern history [source: Weiss].

Disney+ launches in November and will give Netflix and other streaming companies a run for their money. HowStuffWorks breaks down the new service.