Browse the article 5 Baseball Leagues from Around the World 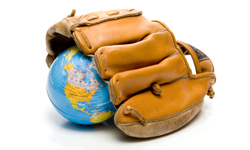 Take me out to the ballgame ... in Croatia? See more sports pictures.
Hemera/Thinkstock

It's America's pastime, Latin America's obsession and ... Croatia's hobby? Indeed, when you think of baseball, there are only a few countries that immediately spring to mind as avid participants in the game.

But it turns out that baseball is actually quite the thriving enterprise around the world. In the next few pages, we'll tell you about some baseball leagues (or at least organized baseball associations) that have popped up across the globe.

Some leagues aren't so unexpected (Japan), but they have rabid followers and an approach to the game that takes into account their own culture. Other leagues are pretty shocking -- not just for existing, but for being real contenders on an international stage. We'll also check out how baseball came to some unlikely places.

So tighten your batting glove and knock the dirt off your cleats as we travel the world to find some of the most interesting -- and surprising -- global baseball leagues. 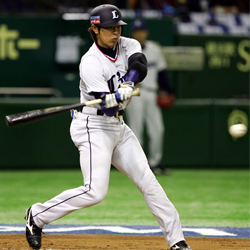 Perhaps it's not a powerhouse or even a professional league, but India's cricket-crazy culture hasn't dampened some sincere enthusiasm for America's pastime. The Amateur Baseball Federation of India may not be highly visible or extremely lucrative, but its members do take their baseball seriously.

The Federation was formed in 1983 by some baseball lovers around the nation. They held their first National Championship in 1985 and even had the idea (more progressive than the MLB) to include women's teams. The ABFI is also a member of the Baseball Federation of Asia and the International Baseball Federation. That means they can play in each federation's men's and women's World Cups and Championships.

The Indian league follows the National League and American League rules of the MLB quite strictly, and at least 27 regions have a team playing in the Federation. Baseball has even been introduced in the National School Games of India, popularizing it among young Indians. 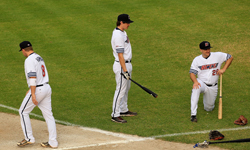 Croatia's Baseball League isn't messing around. They've played several times in the Baseball World Cup, and the city of Zagreb was a hosting venue for the Cup in 2009. By all accounts, U.S. military men introduced the game to Croatia. (Some say around 1918 during the first World War, while others claim it came during World War II.)

In 1975, a group of teachers decided to organize a real club. In 1978, the first game was played in the town of Split, between the Split players and a team from the nearby town of Ljubljana in Slovenia. Split won, 20-1. And Split embraced baseball; there's even a book, "Nima Baluna do Baseball Baluna" that details the history of the sport in the city. (The title translates to "There's No Ball Like Baseball.") Now, the Croatian league has a regular season, and the National Team is ranked an impressive 25th in international rankings.

All the big cities have teams that play against one another; there are 13 teams altogether. There are also youth and cadet leagues (boys and girls ages 8 to 16), while only boys 16 and over can play in Junior and Senior leagues. Unfortunately, there are only two baseball stadiums in Croatia (in Zagreb and Karlovac), according to the Croatian Baseball Association's Web site. In other cities, a stadium is outfitted with bases and a pitcher's mound to give the players a makeshift field. 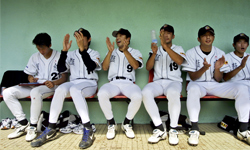