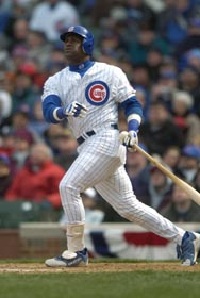 For New York baseball fans, the 2000 baseball season Mets-Yankees Subway Series was a match made in heaven. However, if you weren’t from the Big Apple, you might not have cared that much -- and that dichotomy expressed baseball’s big problem moving into the 21st century.

Some small-market franchises struggled to compete, while some felt that the balance of power had swung permanently to baseball’s biggest markets, including New York, Los Angeles, Chicago, and the Bay Area. Those four areas did account for five of the eight playoff teams in 2000. But while New York and the Bay Area each produced two division champions, other big cities saw their teams sputter.

Despite the second-highest payroll in the game, the Dodgers couldn’t bring home a title. The Cubs were a sad 65-97 even though Sammy Sosa led the majors with 50 homers. Anaheim hung tough, but too many unhealthy veterans consigned the Halos to third.

However, on the south side of Chicago, the inexpensive and largely unknown White Sox, featuring veteran Frank Thomas and young Magglio Ordonez, ran away with the 2000 American League Central Division. Though the Sox lost to Seattle in the American League Division Series, they showed that not all winners needed bloated payrolls or veteran-heavy lineups.

However, the As couldn’t top the Yankees. Even though New York lost 15 of its last 18 regular-season games, the Bombers clicked in the playoffs. New York edged Oakland in five, with the clinching contest going to the Yankees after a six-run first.

Meanwhile, the Mets snuck into the National League playoffs via the wildcard, but they knocked off the favored Giants (featuring Barry Bonds and league MVP Jeff Kent) to reach the NLCS. Their opponent? The Cardinals, who also upset a favored team -- Atlanta -- in their Division Series. St. Louis battered the Braves’ moundsmen for 24 runs in a three-game sweep.

The Cardinals and Mets then hooked up in a five-game NLCS that New York took handily. The final two games were blowouts, showing that the Mets and their supercharged offense (including catcher Mike Piazza, second baseman Edgardo Alfonzo, and unheralded rookie outfielder Timo Perez) were worthy standard-bearers for the senior circuit.

The much-heralded Subway Series began on October 21. While the Yankees grabbed the trophy in five games, each game went down to the final out, with three decided by one run and the other contests decided by just two runs.

Game one, the longest game in Series history at 4:51, ended with Jose Vizcaino’s 12th-inning single and a 4-3 Yankees win. The next night, the Yanks jumped out to a 6-0 lead before holding off the Mets, who rallied for five in the ninth.

After the Mets won game three 4-2 at Shea, the Yankees took the final contests 3-2 and 4-2. Big hits from Luis Sojo and Derek Jeter (who homered in the final two games) were the difference as the Bronx Bombers became baseball’s first three-peat winners since the 1972-74 A’s.

The next page provides headlines and summaries for some of the top stories of the 2000 baseball season.

In 2000, Ken Griffey Jr. went to Cincinnati to play for the Reds, and Carlos Delgado was voted Major League Player of the Year. Here are some of the headlines from the 2000 baseball season:

MLB Takes Its Show to Tokyo

The Cubs and Mets opened the regular season with two games in Tokyo -- the first major-league regular-season games ever played outside of North America. It was part of MLB’s efforts to globalize America’s game.

Giants Open With a Splash at Pac Bell

On April 11, 2000, the Giants christened Pacific Bell Park against their longtime rivals, the Dodgers. The spectacular new stadium, built on a small parcel of land on the San Francisco Bay, has a right-field waterfront porch that allows “splashdown” home runs to land in the water. Barry Bonds belted six such big flys into “McCovey Cove” during 2000.

Star center fielder Ken Griffey Jr. plays for the Reds, who acquired him from Seattle in a five-player deal before the 2000 season. Griffey, a Cincy native whose dad coached for the Reds in 2000, hit .271 with 40 homers, 118 RBI, and 94 walks. However, his production fell short of the perhaps inflated expectations of pennant-starved Queen City fanatics.

In just his second full big-league season, hulking third baseman Troy Glaus enjoyed his breakout campaign in 2000. At his best swinging for the fences, he connected for 47 home runs to pace the American League. Glaus and teammates Garret Anderson, Tim Salmon, and Mo Vaughn were the first American League foursome ever to homer more than 30 times each. Their heroics, however, couldn’t get the Angels any higher than third place in the American League West.

Heretofore a steady but never superstar-quality player, San Francisco second baseman Jeff Kent exploded in 2000, batting a career-best .334 with 41 doubles, 33 homers, and 125 RBI. He was voted National League MVP -- beating out teammate Barry Bonds -- as the Giants won the National League West. Kent ranked in the top ten among National League hitters in 11 offensive categories, though he didn’t lead in any.

Toronto’s Carlos Delgado wreaked havoc on American League pitchers in 2000. The 28-year-old first sacker made a run at the Triple Crown before finishing at .344-41-137. He led the league with 57 doubles and rated second with 123 walks, a .470 on-base percentage, and a .664 slugging percentage. His fellow players voted him Major League Player of the Year.

The overcast skies that greeted the Tigers for the first game ever at Comerica Park served as an uncomfortable metaphor for the team’s future. Unlike in Baltimore and Cleveland, the new park did not rejuvenate fans or the ballclub as much as management had hoped. After the season, the Tigers pared their payroll to help offset the cost of the stadium.

Braves reliever John Rocker holds a press conference at New York’s Shea Stadium on June 29. Prior to the season, Rocker had made negative comments in the national press concerning his disdain for New Yorkers and minorities, drawing fire from some teammates and opponents as well as millions of fans. MLB suspended him for two weeks.

Check out more headlines from the 2000 baseball season on the next page.

See below for more headlines from the 2000 baseball season, including Randy Johnson winning his second straight Cy Young Award and Kaz Sasaki from Japan being named American League Rookie of the Year at age 32.

Jason Giambi of the A’s won the American League’s MVP trophy with a spectacular season that included 43 homers, 137 RBI, and a .333 average. He led the majors in on-base percentage (.474), not to mention grand slams (six). As Oakland struggled to hold on to first place down the stretch, Giambi homered five times in his last seven games, securing the West Division crown. Jason’s brother, Jeremy, also played for the A’s.

Colorado first baseman Todd Helton posted incredible numbers in 2000, including a .372 average, 59 doubles, 42 home runs, 147 RBI, 138 runs, and 103 walks. While the thin air of Denver surely contributed to his totals, Helton did bat .353 with 15 homers on the road. He captured the National League’s Hank Aaron Award, given to the league’s premier slugger.

Arizona’s Randy Johnson won his second straight Cy Young Award in 2000 after leading the majors in strikeouts (347) for the third consecutive year. The fire-balling southpaw so dominated lefties that managers routinely stacked their lineups with eight or nine right-handed hitters. Johnson opened the season 14-2 and finished 19-7.

Atlanta Braves first baseman Andres Galarraga, who missed the entire 1999 season after undergoing surgery to remove a cancerous tumor from his lower back, assumed his position on the field for the Braves in 2000. The courageous “Big Cat” cracked .302 with 28 four-baggers and 100 RBI at age 39. He also earned a spot on the National League All-Star team.

The Mariners have always had an eye out for international talent, and in 2000 they benefited from the performance of sinkerballing closer Kaz Sasaki. The Japanese-born right-hander made his major league debut with a club-record 37 saves, including 15 in a row at one point. It was enough to earn him the American League Rookie of the Year Award -- even though he was 32 years old.

At age 25, Alex Rodriguez again had one of the best offensive seasons ever for a shortstop. A-Rod ripped .316 with 34 doubles, 41 homers, 132 RBI, 100 walks, and even 15 steals. He scored 134 runs and played superb defense. Following the season, he inked a ten-year contract with the Rangers for $252 million -- a sum that stunned the nation.

Mets pitcher Mike Hampton tossed seven scoreless frames in the Mets’ 6-2 victory over St. Louis. In game five, he pitched a three-hit shutout to clinch the series. The Cards sorely missed Mark McGwire, who could only pinch hit due to injury and went 0-for-2 in the series.

The biggest flap of the 2000 World Series came during game two at Yankee Stadium. In the first inning, Roger Clemens induced a grounder from Mets catcher Mike Piazza, breaking his bat. When a piece of the bat flew toward the mound, an angry Clemens tossed it in Piazza’s direction, setting off a bench-clearing incident. The two had history: Earlier in the season, Clemens drilled Piazza in the head with a pitch.

In game five of the World Series, Luis Sojo came to bat in the ninth inning with the score 2-2. Facing tired Mets starter Al Leiter, Sojo ripped his 142nd pitch for a single to plate the go-ahead run. The Yankees won 4-2 after reliever Mariano Rivera slammed the door in the bottom of the ninth. Derek Jeter called the Mets the toughest opponent in the Yankees’ four recent World Series triumphs.

The next page highlights key events and details from the 2000 baseball season. 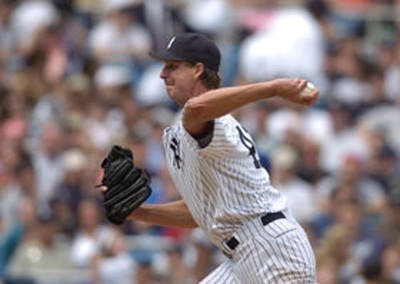 The 2000 baseball season featured some new additions to MLB as the Tigers and the Giants both opened new stadiums. Pleasing some fans and boring others, the New York Mets and Yankees squared off in the exciting Subway Series. Below, you will find the highlights from the 2000 baseball season:

For more 2000 baseball season highlights, see the next page.

Below are more highlights from the 2000 baseball season, including the Major League Umpires League dissolving and the World Umpires Association starting up: