Baseball hadn't fielded a dynasty since the Swingin' A's of the early 1970s. But by the 1990 baseball season, one dynastic club had emerged -- and again it was the Oakland Athletics. Oakland, which had made it to the World Series in 1988 and had swept the fall classic in 1989, was storming toward another World Title in 1990.

In the National League, another team was making its mark. The Cincinnati Reds won their first game of the season and never looked back, leading the National League West from wire to wire. Despite no standout starters, the Reds boasted a brilliant bullpen duo known as the "Nasty Boys." Randy Myers saved 31 games, while Rob Dibble whiffed 136 in 98 innings.

However, before the season even started, labor negotiators were stealing the headlines. After failing to sign a new collective bargaining agreement, the owners locked the players out of training camp. The dispute wasn't resolved until late March, and the players were given just two-and-a-half weeks to prepare for a delayed Opening Day.

The labor dispute infuriated fans, who considered both owners and players spoiled and greedy. The owners were sitting pretty after signing a $1 billion TV contract with CBS. Superstars were now earning $3 million a year, and Canseco signed for five years at $23.5 million.

A record nine no-hitters were fired in 1990. The most amazing of all came off the fingers of Ranger Nolan Ryan, who threw his sixth career no-hitter. Ryan won his 300th game in 1990 and, at 43, led the American League in strikeouts with 232. White Sox relief Bobby Thigpen also entered the record books, notching 57 saves.

Thigpen sparked the Sox to 94 wins, though they finished 9 games behind Oakland in the American League West. Boston, led by Roger Clemens (21-6, 1.93 ERA), edged out Toronto by 2 games in the American League East. While the Tigers finished a distant third in the East, their first baseman, Cecil Fielder, led the majors with 51 homers and 132 RBI.

Most experts predicted Oakland's Big Green Machine would pulverize the Reds in the 1990 World Series. Instead, Cincinnati swept the A's in the biggest upset since 1969.

Jose Rijo won two of the four games, yielding just one run in both of his starts. The Reds' Billy Hatcher netted seven hits in his first seven at-bats, and hit an all-time record .750 for the Series (9-for-12). Chris Sabo batted .563 and was brilliant defensively at third base. Overall, the Reds out-scored the A's 22-8 and won their first World Title since 1976.

Find headlines and summaries of the big stories from the 1990 baseball season on the next page.

Ken Griffey Jr. continued to show his great talent in 1990, as he batted .300 with 22 home runs and 80 RBI in his sophomore year. In September, he met up with his father, Ken Sr., who joined the Mariners after being released by the Reds. The Griffeys have the distinction of being the first father-son duo to play in the major leagues at the same time.

George Brett won his third career batting title in 1990 as he batted .329 to lead the American League. Brett, who won batting crowns in 1976 and 1980, became the first player to win titles in three different decades. The heroics of their first baseman were the lone bright spot in a dismal season for the Royals, who had spent megabucks for free agents in the off-season.

Cincinnati's Chris Sabo was tagged out at second by Willie Randolph in game two of the 1990 World Series. Though Sabo didn't like the call, he had little else to complain about in the Series. Not only did his team win every game, he also hit .563. In game three, he clubbed two homers and grabbed everything in sight at third base. Sabo's performance undoubtedly enhanced his status as a cult hero. With his crewcut and goggles, he earned the nickname "Spuds" for his resemblance to a certain beer mascot.

Alan Trammell continued to make his case for Hall of Fame consideration in 1990, batting .304 with 14 home runs and 89 RBI while leading the Tigers to a surprise third-place finish. At age 32, the shortstop completed his 14th season in Detroit with no sign of slowing down. Trammell rebounded from an injury-plagued 1989 season, in which he hit a meager .243 with five home runs.

Carlton Fisk rewrote the record books in 1990. He surpassed the career home run mark for catchers previously held by Hall of Famer Johnny Bench, by tallying 18 four-baggers. With a .285 batting average and 65 RBI, Fisk also played an instrumental role in leading a young White Sox team to a 94-victory season and a second-place finish (9 games out) behind the Oakland A's.

Little-known catcher Joe Oliver took game two of the 1990 World Series with a game-clinching ground-ball single in the bottom of the tenth inning. His hit came off baseball's toughest pitcher, Dennis Eckersley, who yielded only five earned runs during the regular season. In the Series, Oliver batted .333 with three doubles.

Ageless wonder Nolan Ryan, the all-time leader in strikeouts and no-hitters, had a milestone year in 1990. The Ranger righty won his 300th game on August 1, against the Brewers, to become both the 20th pitcher ever (and the third hurler age 43 or older) to reach the mark. On June 11, he pitched his sixth career no-hitter, a major league record. Ryan led the American League with 232 strikeouts while winning 13 games that season.

Continue to the next page for highlights of the 1990 baseball season. 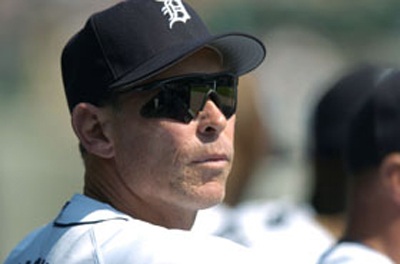