Browse the article 1986 Was a Great Year for Movies. Really. 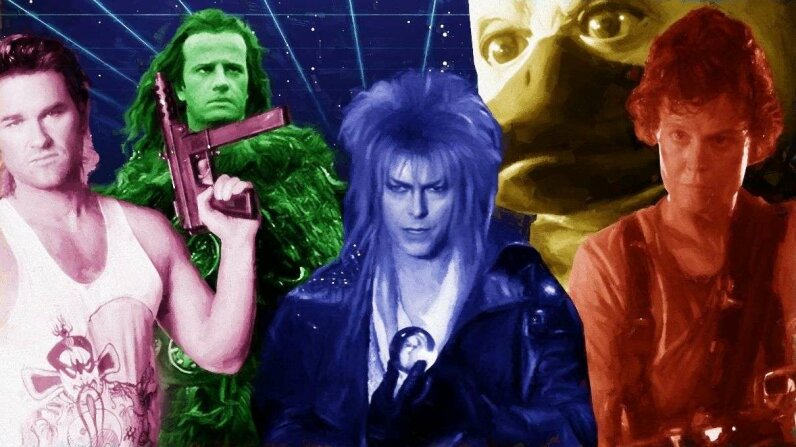 As the red carpet rolls out for the Oscars tonight, let's do something different. Instead of stewing over who's going to win what, we're going to travel back in time 30 years to meet up with some cinematic gems from 1986 that still hold a place in the hearts of movie fans. Or at least some movie fans.

We'll set the stage for our journey. In 1986, Ronald Reagan was the U.S. president, the world was shocked by the nuclear accident at Chernobyl and “Out of Africa” was awarded the Academy Award for Best Picture. These events all seem firmly planted in the past, but many movies from that forgotten era are still hailed as classics.

Molly Ringwald was “Pretty in Pink,” while Tom Cruise was a “Top Gun” and had Paul Newman show him “The Color of Money.” Meanwhile, Ferris Bueller took his day off, Jeff Goldblum transformed into “The Fly,” Brian Cox introduced us to Hannibal Lecter, and David Lynch got Dennis Hopper to extol the virtues of Pabst Blue Ribbon in “Blue Velvet.”

It was the year that saw James Cameron bring Ellen Ripley back to LV-426 to fight against “Aliens,” a film some consider to be the best in the series. It also made us wonder who was a bigger monster: flesh-eating aliens or Paul Reiser?

Of course, Kurt Russell's Jack Burton spent that year bumbling through “Big Trouble in Little China,” which wasn't terribly well-received at the time of its release, torpedoed at the box office by “Aliens.” But it found a cult following that's seen a comic book revival and talks of a remake starring Dwayne “The Rock” Johnson. And you remember what ol' Jack Burton would say at a time like this?

1986 was the year George Lucas broke his streak of producing perfection with the bizarre and misunderstood “Howard the Duck,” but even that Marvel Comics character has surged back to prominence with a cameo at the end of “Guardians of the Galaxy.”

And hey, doesn't that even out with the release of “Labyrinth” the same year, also produced by Lucas? It gave us yet another iconic era of David Bowie, a beautiful script from Monty Pythoner Terry Jones and some of the best work to ever come out of the Jim Henson studios.

It was also the year a million children learned that it was OK to cry at the movie theater when we witnessed the death of our hero Optimus Prime in arguably the best “Transformers” movie to hit the silver screen.

And if there can be only one movie remembered fondly from the summer of 1986, why not let it be “Highlander”? Sure, it might be the cheesiest '80s movie ever, but the charm of Sean Connery and Christopher Lambert, the inherent evil of Clancy Brown, and the immortal music of Queen make it a film that's sure to survive the quickening.

Yep, after having 30 years to look back on it, we can confidently say that 1986 was a pretty good year to go to the movies.

Now That's Cool
Of the crop of movies released in 1986, “Platoon” would go on to beat “The Mission,” “Children of a Lesser God,” “Hannah and Her Sisters,” and “A Room with a View” for the Best Picture Oscar. Oh, and “Short Circuit” and “Crocodile Dundee” came out, too.