Prev NEXT
In 1964, third basemen Ken Boyer and Brooks Robinson found their stride to become MVPs for their respective leagues. Here are some of the headlines from the 1964 baseball season:

In 1964, Ron Santo placed second in the National League in RBI (114) and slugging average (.564). Although he may have been the most valuable player in the National League that year, the standings did not reflect it. After breaking .500 in 1963 for the first time since 1946, the Cubs dropped back into the pack again the following season, finishing eighth.

Pedro Oliva used his brother's birth certificate when he applied for a passport to enter the United States, and thereafter kept the name of his sibling Tony. In 1964, he set several American League rookie records and topped the circuit in runs scored (109), hits (217), doubles (43), total bases (374), and batting average (.323). Until suffering a crippling knee injury in 1972, Oliva was almost unquestionably bound for the Hall of Fame.

Gary Peters struggled for seven years in the minors before earning a permanent spot on the White Sox roster in 1963. For the next nine seasons, he was one of the top southpaws in the American League. In 1964, he tied for the league-lead in wins with 20. Peters was also frequently utilized in a pinch-hitting capacity.

Jim Bunning retires pinch hitter Johnny Stephenson of the Mets to nail down his perfect game on Father's Day in 1964. That season, Bunning posted a 19-8 record and Stephenson, a rookie, hit .158. The rest of the Mets lineup was not as inept as before and even had two .300 hitters -- Ron Hunt and Joe Christopher.

In 1957, Curt Flood was a scatter-armed third baseman in the Reds farm system who was not about to supplant Don Hoak, the hot corner man on the parent club. Acquired over the winter by the Cardinals for three pitchers of limited worth, Flood was installed in center field and remained there for 12 years. In 1964, he batted .311 and posted 211 hits (tied for the lead in the National League).

You can find more headlines from the 1964 baseball season on the next page. 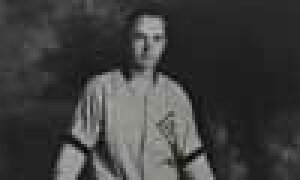