The Yankees of the 1961 baseball season, now under the leadership of manager Ralph Houk, were even more awesome than the previous year's edition, winning 109 games and the American League pennant by 8 games.

The Bombers set a new team record with their 240 home runs, a statistic aided greatly by the league's expansion to ten teams (the Los Angeles Angels and the Washington Senators had been added) and an increase to a 162-game schedule.

The eight extra games and watered-down pitching enabled Roger Maris to break Babe Ruth's single-season record of 60 home runs. Maris, again the 1961 American Leagues MVP, had waged a summer-long assault on a mark deemed so sacred that commissioner Ford Frick issued a decree: If Maris didn't shatter the record during the first 154 games, the feat would have an asterisk assigned to it. Maris hit his 59th homer in game 154, matched the mark five games later, then broke the record on the last day of the season at Yankee Stadium with a homer against Boston's Tracy Stallard.

Wally Moon hit .328 (fourth-best in the league) and Johnny Podres posted a circuit-topping .783 winning percentage for second-place Los Angeles. Although Willie Mays belted four home runs in one game while teammate Orlando Cepeda led the league with 46 homers and 142 RBI, the Giants couldn't get past third. For the fifth consecutive year, 40-year-old Warren Spahn of the fourth-place Braves racked up enough wins to rank at the top; this time, his 21 victories matched those of Cincinnati's Jay. Spahn also took the ERA title at 3.01. Roberto Clemente of sixth-place Pittsburgh led the league in batting with a .351 average. Billy Williams of Chicago (.278, 25 homers, 86 RBI) was named 1961 Rookie of the Year.

The arms of the Reds couldn't stave off the Yankees' latest edition of Murderer's Row. Ford's shutout in game four broke Ruth's 29-2/3 consecutive scoreless-innings record in Series play. The ace hurler ran his streak to 32 innings before leaving the sixth with an ankle injury.

The Yankees offense burst open in game five with 15 hits in the 13-5 trouncing of the Reds. New York had won convincingly despite the fact that the M&M boys -- Mantle and Maris -- drove in just two runs between them for the entire 1961 World Series. Most of the damage was caused by second baseman Bobby Richardson, who set a five-game Series record with nine hits, and Moose Skowron, who batted .353.

Continue to the next page to find major headlines and summaries of the top stories of the 1961 baseball season. 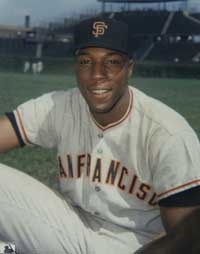 Below are more highlights of the 1961 baseball season, including the batting accomplishments of Norm Cash, who had a once-in-a-lifetime year, and Frank Robinson's 1961 National League MVP win.

Brooks Robinson was the infield fulcrum on a team that in 1961 was a preseason favorite to win the American League pennant (he hit .287 that season). When it grew evident in September that Baltimore was out of the race, manager Paul Richards was replaced by Lum Harris. A fine pilot, Richards did not manage again in the majors until 1976.

Frank Robinson led the National League in one category in 1961 -- slugging, with a .611 average -- yet ran away with the award for Most Valuable Player. The emergence of Gordy Coleman allowed Reds skipper Fred Hutchinson to move Robinson from first base back to his normal post in right field; consequently, Cincy vaulted from sixth place in 1960 to a pennant in 1961, its first flag since 1940.

The extraordinary 1961 season of Norm Cash was overshadowed by the home run feats of Roger Maris and Mickey Mantle, but historians are now beginning to recognize its true significance. That year, Cash had the highest batting average (.361) of any player during the 1960s and the highest on-base percentage (.488) since 1957. Cash went on to club 377 home runs in his 17-year career yet, oddly, never came within 75 points of his .361 mark. In 1962, his average plummeted to .243. The 118-point fall-off is the worst ever by a batting champion.

Willie Mays ranked high in every major slugging department in 1961. He topped the National League with 129 runs scored, came in second with 40 home runs, and placed third with 334 total bases, 123 RBI, and 81 walks. Oddly, never once in his 22-year career did Mays lead the National League in RBI.

Vada Pinson and Frank Robinson were the offensive leaders for the Reds in 1961. Pinson posted a .343 average that season, leading the National League with 208 hits. Robinson led the circuit with a .611 slugging average that year, with 37 homers and 124 RBI.

Lew Burdette was a master at never working any harder than he had to. Given one run, he'd pitch a shutout. Given nine runs, he'd win 9-6. The end result was that he always finished among the leaders in runs surrendered. In 1956, however, with his team in a down-to-the-wire flag race, he led the National League with a 2.71 ERA. In 1961, he led the league in innings (272) and went 18-11.

By the early 1960s, Whitey Ford had acquired the nickname "The Chairman of the Board." It was somewhat misleading. Ford and Mickey Mantle were probably the Yankees' two leading free spirits in that era. On the field, though, Ford was all business; his 25-4 record in 1961 was the best performance by a Yankees pitcher prior to 1978. Ford paced the American League in wins, win pct. (.862), starts (39), and innings pitched (283).

To find highlights of key events and details from the 1961 season, continue to the next page. 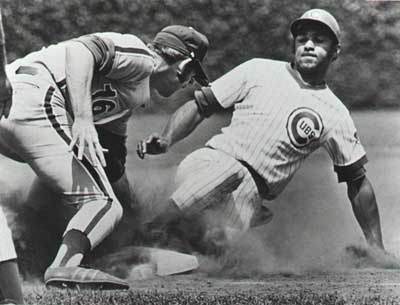