In the end, the 1955 baseball season belonged to the Brooklyn Dodgers. After a heartbreaking string of near-misses that began in 1947, the Dodgers finally had their year, breezing to the pennant and nipping the Yanks in seven tough games to win it all.

It was the most balanced Dodger team in years. Roy Campanella fully recovered from the hand injury that hampered him in 1954 and once again led Brooklyn, batting .318 with 32 home runs en route to a third MVP Award.

Duke Snider belted 42 round-trippers with a .309 average and topped the league with 136 RBI and 126 runs scored. Don Newcombe rebounded from a poor season and pitched to a masterful 20-5 record, while Clem Labine was reliable out of the bullpen with 13 wins and 11 saves.

Sophomore skipper Walter Alston had the Dodgers flying out of the starting gate. They won their first ten -- 20 of their first 22 -- and were ahead by 12-1/2 on July 4. Eddie Mathews's 41 homers weren't enough for the Braves and Willie Mays's 51 dingers and .319 average weren't enough for the Giants as the Dodgers won the pennant by 13-1/2 games over Milwaukee and 18-1/2 over New York (the Giants were also hurt by weak performances from Johnny Antonelli and Ruben Gomez).

Although Philadelphia had Robin Roberts (the winner of 23 games, the most in the league for the fourth straight year) and Richie Ashburn (the batting champ at .338), they couldn't catch the Dodgers either, finishing a whopping 21-1/2 games back. The most that last-place Pittsburgh could do was come up with the ERA champ in Bob Friend, who posted a 2.84 mark. The Yankees and Yogi Berra, who won his third MVP, took a sixth American League flag in seven years.

The Bronx Bombers, able to survive pitching problems with good years from Bob Turley and Don Larsen and with Mickey Mantle (a league-high 37 homers), held off Cleveland by 3 games with a 96-58 record. The Indians got 16 victories and a league-topping 245 strikeouts from Rookie of the Year Herb Score, but they lacked offensive punch and never really made a run for it.

Third-place Chicago took consolation in Billy Pierce and his 1.97 ERA, best in the majors. Jackie Jensen's 116 RBI (tops in the league) and Frank Sullivan's 18 wins (tied for first) took Boston to fourth place. Detroit finished fifth, as sophomore right fielder Al Kaline, age 20, won the batting title with a .340 average to become the youngest batting champion ever (he was younger than Ty Cobb by one day).

But far and away, the highlight of 1955 was the World Series. The Yankees took the first two games 6-5 and 4-2. The Dodgers came back in the next three: Campanella had three hits and three RBI, including a two-run homer, to give Brooklyn and Johnny Podres an 8-3 win in game three. Campanella, Gil Hodges, and Snider all homered in the following contest and Labine pitched the final four frames, as the Dodgers evened the Series with an 8-5 victory in game four.

In game five, Snider hammered two more home runs and Sandy Amoros hit one, as the Dodgers won 5-3. The Yankees dominated the Dodgers in game six, winning 5-1 behind Whitey Ford's four-hitter. Podres took a 2-0 lead into the bottom of the sixth of game seven, but Billy Martin led off with a walk and then Gil McDougald bounced an infield single.

Berra strode to the plate for the go-ahead run. He lofted a fly ball deep into the left field corner. Amoros made the catch with an outstretched arm at the last second, then got the ball back to the infield to double up McDougald. Podres completed the eight-hit shutout that, at long last, crowned the Dodgers World Champions.

The next page provides headlines and summaries for some of the top stories of the 1955 baseball season. 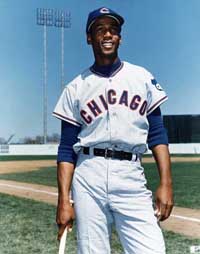 Below are more headlines from the 1955 baseball season, including the Dodgers' victory in the World Championship and the feats of the great players who helped them win.

As a teenager in Baltimore, Al Kaline rooted for the Washington Senators and hoped to sign with them. When the Nats showed little interest, he went with the Tigers instead. Kaline made his major league debut just a couple of weeks after he graduated from high school and never played a day in the minors. He hit for a career-high .340 in 1955, the best average in the majors.

Owner Walter O'Malley and manager Walter Alston celebrated in the Brooklyn dressing room after Johnny Podres brought an end to the Dodgers' long World Championship drought. Prior to 1955, the closest a Brooklyn team had come to winning a post-season affair was in 1890. This would be Brooklyn's only World Title. The Dodgers would win four crowns in LA.

Congratulations became a common scene in the Brooklyn dugout in 1955. Four Dodgers hit 26 or more home runs, and the club topped the majors in four-baggers with 201. Roy Campanella -- who ripped 32 circuit clouts that season.

Moments after Carl Furillo of the Dodgers slid safely back into second as a Yankees' pickoff attempt fails in the eighth inning of game five, Furillo scored the final run of the contest on a single by Jackie Robinson to give Brooklyn a 5-3 victory and a 3-2 lead in games.

Robin Roberts was a 20-game winner for the sixth consecutive season in 1955, spearheading the National League with 23 victories and 305 innings pitched. Although only 29 years of age that year, Roberts never had another 20-victory campaign. For the remaining 11 seasons of his career, he was a sub-.500 pitcher and a loop leader in only one department-losses.

The next page highlights key events and details from the 1955 baseball season.

For more highlights of the 1955 baseball season, see the next page. 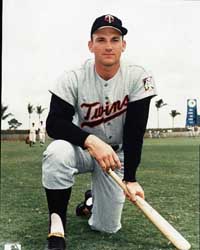