by the Editors of Publications International, Ltd. Sep 3, 2007 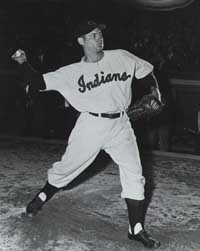 Early Wynn won more than 300 games during his career.

The 1947 baseball season, the year of Jackie Robinson and the first televised World Series, began with another controversy -- the Leo Durocher affair. Although he was the fall guy in an ongoing feud between Dodgers GM Branch Rickey and Yankees executive Larry MacPhail, Durocher also got himself in trouble with the commissioner's office for associating with gamblers and unsavory types like actor George Raft and gangster Bugsy Siegel.

Durocher received a year's suspension for "an accumulation of unpleasant incidents." Burt Shotton took over as Brooklyn's manager for the 1947 baseball season, and Durocher's career as a Dodger came to an end in mid-1948, when he moved to New York as manager of the Giants.

All this momentarily distracted baseball fans from the Dodgers' purchase of first baseman Robinson from Montreal. Robinson opened the season as the first black major leaguer since the Walker brothers, Fleet and Welday, who played in the American Association in the 1880s. To add to the obvious pressure on Robinson, many of his teammates were initially malevolent.

After a group of them signed a protest petition during spring training -- to which Rickey and Durocher responded by offering to trade any player who wished to go -- the general attitude of the team mellowed to cold indifference. For weeks, none of them sat near Robinson; some refused even to speak to him. Things changed when Robinson's aggressive, running brand of baseball helped move Brooklyn into first.

Robinson hit .297, scored a team-high 125 runs, and led the National League in stolen bases with 29. He was voted 1947 Rookie of the Year. With Robinson, Pee Wee Reese, and .300 hitters Dixie Walker and Pete Reiser -- and without a legitimate power threat -- the Dodgers led the league in stolen bases and on-base average on their way to a 94-60 record.

Philadelphia's Harry Walker (Dixie's brother) won the batting title at .363, and New York's Johnny Mize and Pittsburgh's Ralph Kiner shared the league lead in homers with 51. Boston third baseman Bob Elliott, who hit .317 and drove in 113 runs, was named National League MVP. A reunited Yankees team scored the most runs in the American League (794), allowed the fewest (568), and ran away with the flag by 12 games over Detroit.

While defending champion Boston stumbled due to injuries, New York tied an American League record with a 19-game winning streak and never looked back. MVP Joe DiMaggio hit .315 with 97 runs, 97 RBI, and 61 extra-base hits, and Tommy Henrich drove in 98 runs on 35 doubles and an American League-high 13 triples. Allie Reynolds went 19-8, and reliever Joe Page compiled a 2.49 ERA and 17 saves.

Another great Ted Williams season went for naught; he won the Triple Crown with a .343 average, 32 home runs, and 114 RBI. He also led in runs with 125 and drew the most walks, 162. Cleveland debuted the first black player in American League history, Larry Doby, on July 4, and the St. Louis Browns followed suit with Hank Thompson and Willard Brown.

New York defeated Brooklyn in a seven-game World Series, as Spec Shea went 2-0 with an ERA of 2.35 and Johnny Lindell drove in seven runs. The highlight of the 1947 World Series was game four, when Bill Bevens took a no-hitter into the ninth inning. With two outs and two on, pinch hitter Cookie Lavagetto doubled to win the game for Brooklyn, 3-2.

The next page provides headlines and summaries for some of the top stories of the 1947 baseball season.

In 1947, Joe DiMaggio and Ted Williams vied for the American League MVP Award, while National League players Ralph Kiner and Johnny Mize competed on home runs. Here are some of the headlines from the 1947 baseball season:

With .315, 20 home runs, and 97 RBI, Joe DiMaggio earned the 1947 American League MVP Award. Triple Crown-winner Ted Williams lost the plaque to DiMaggio by a single vote. Williams would have won the award had he not personally alienated many of the voters. In 1947, the Yankee Clipper became the first outfielder or first baseman to win the prize without leading his league in any of the Triple Crown departments.

Ewell "The Whip" Blackwell had a sidearm delivery so devastating that right-handed hitters begged out by the hordes on days he pitched. Blackwell went 22-8 in 1947. A kidney ailment sidelined him in 1948, and he was never the same. Like many former National League stars, he was acquired on waivers by the Yankees to aid them in a late-season pennant drive.

Thirty-year-old Lou Boudreau, completing his sixth year as Cleveland's player/manager, led the American League in doubles with 45 in 1947. After buying the Indians in '46, Bill Veeck had planned to fire Boudreau as manager, but public sentiment changed his mind. It's a good thing. Boudreau led the Tribe to a flag in 1948.

In 1947, both Ralph Kiner and Johnny Mize made a run at Hack Wilson's National League home run record of 56 dingers before ending in a tie for the crown with 51 four-baggers apiece. Three of Mize's New York Giants teammates -- Willard Marshall, Walker Cooper, and rookie Bobby Thomson -- rounded out the top five finishers.

After hitting .237 in 1946, the Cardinals were looking to dump Harry Walker. And on May 3, 1947, they shipped him and Freddy Schmidt to the Phillies for Ron Northey. Walker's bat caught fire in Philly and he ended up leading the National League in batting (.363). It was the only time in his career that he hit above .318.

Check out more headlines from the 1947 baseball season on the next page.

Below are more headlines from the 1947 baseball season, including Bob Elliot being named the National League MVP -- in spite of Hugh Casey's efforts.

During the 1947 World Series, Yankees players raced for the dugout as ushers set up a protective cordon after the last out of the Series. Despite the see-saw quality of the World Series and its many memorable moments, the crowd at Yankee Stadium for the seventh game fell several thousand short of being a sellout.

In 1947, Bob Elliott of the Braves became the first third sacker in history to win an MVP Award. He hit .317 with 22 homers and 113 RBI that year. Elliott was a right fielder until 1942 when the Pirates needed a replacement for Jeep Handley, who had been drafted.

Reliever Hugh Casey worked in six of the seven games in the 1947 World Series and tallied a 0.87 ERA. The other Dodger hurlers were not nearly so baffling to the Yankees. Joe DiMaggio, George McQuinn, and the other Yankees combed the rest of the Brooklyn staff for 6.52 earned runs per game.

The next page highlights key events and details from the 1947 baseball season.

Take a look at the next section for more highlights from the 1947 baseball season. 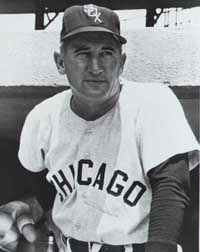