Prev NEXT
While Philadelphia ran away with the American League pennant, the A's couldn't close the deal against St. Louis in the 1931 World Series. Learn about this and other headlines from the 1931 baseball season below.

Standing more than 6 feet and weighing barely 150 pounds, Bobby Burke was short on stamina. In ten seasons, he accumulated less than 1,000 innings and figured in only 84 decisions. He had a burst of power in 1931, however, no-hitting Boston on August 8.

Between them, Babe Ruth and Lou Gehrig tagged 92 homers in 1931 and netted 347 RBI, the most ever by a pair of teammates. With shortstop Lyn Lary and left fielder Ben Chapman kicking in over 100 RBI each, the Yankees averaged more than seven runs a game.

Frankie Frisch was a great all-around athlete who jumped directly from the college campus to the Giants' regular lineup in 1919. While at Fordham University, he captained teams in three sports ---football, baseball, and basketball -- and was even chosen at halfback on Walter Camp's All-America team. He hit .311 in 1931, with four home runs and 82 RBI.

Before joining pro ball, Earl Webb lived in the Tennessee mountains, where he drove a mule in a coal mine to earn $1.40 a day. Between long stints in the minors, he played 649 games in the big show, collecting 155 career doubles -- 67 of them in 1931, a major league record.

Thanks in part to his glittering 31-4 season in 1931, Lefty Grove finished his 17-year career with 300 wins and 141 losses. Adding in his minor league stats, Grove totaled 411 victories and only 190 defeats for a .684 winning percentage, the best record in the history of organized baseball.

The 1931 Philadelphia A's were the last pennant-winner for Connie Mack. Philadelphia was solid everywhere except at the shortstop position, which was shared by Dib Williams and a fading Joe Boley. Lefty Grove had another banner year: 31 wins, 27 complete games, four shutouts, and a 2.06 ERA -- all top statistics in the American League that year. George Earnshaw posted 21 victories and 23 complete games. Jimmie Foxx posted a .291 average, 30 home runs, and 120 RBI.

Find highlights from the 1931 baseball season on the next page. 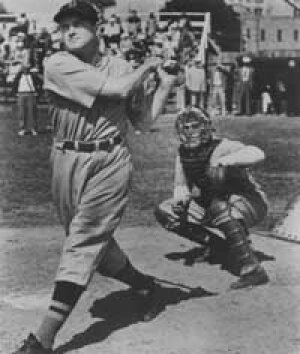