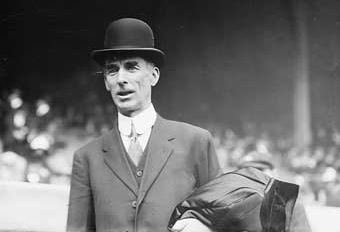 The 1914 baseball season belonged to the "Miracle Braves," baseball's all-time comeback kids, who rose from last place in July to a pennant in the fall. Starting the season with a 4-18 record and temporarily without injured star shortstop Rabbit Maranville, master motivator and pioneer of platooning George Stallings saw his team come together to form a running, clutch-hitting unit by midsummer.

The Braves won eight straight baseball games in early July, part of a 34-10 stretch that put them in fourth place; nine consecutive wins later, they closed to within 7 games of front-running New York. On August 10 and in second, they headed into a three-game, make-or-break series with the Giants. The Braves swept, roared into the lead in early September, and sprinted to a 94-59 record, 10-1/2 games up on New York.

With just one .300 hitter (outfielder Joe Connolly), Boston finished in fourth place in batting with a mediocre .251 team average; in addition, the Braves had only the National League's fourth-best team ERA at 2.74. Their performance was based on patient hitting and great defense: They posted a league-leading 502 bases on balls. The 1914 Chalmers winner Johnny Evers was the team leader with a .390 on-base average (he also headed up all second basemen in fielding); runner-up Maranville led in double plays while setting a National League record for putouts and the still-unbroken major league record for total chances at shortstop (he also contributed a team-high 78 RBI).

The Giants, who occupied first place for almost five months, left the door open for the Braves with their inability to pull away from the pack. The great Christy Mathewson finally got old, winning more than 20 games for the last time and turning in an ERA of 3.00 for the first time in 14 full seasons. The New York hitters, led by George Burns with a league-high 100 runs and 62 stolen bases, couldn't pick up the slack. Philadelphia's Gavvy Cravath repeated his 19-home run performance of 1913, and a young Brooklyn outfielder named Casey Stengel hit .316 and led the National League in on-base average at .404.

In 1914, a group of wealthy industrialists -- including bakery magnate Robert Ward and, later, oilman Harry Sinclair -- mistakenly chose a slump period in attendance to launch a third major league. The well-heeled Federal League lured such big names as Three Finger Brown, Jack Quinn, and the ever-mercenary Hal Chase, and caused an increase in salaries in the other leagues.

Benny Kauff was the Ty Cobb of the new league, as he spearheaded all hitters in runs with 120, doubles with 44, and batting at .370 for pennant-winning Indianapolis. A legacy of the league is Wrigley Field, originally named for restauranteur Charles Weeghman, who built it for his Chicago Whales.

In the American League, Cobb won the batting title at .368 and Connie Mack's dynasty won its fourth pennant in five years, going 99-53, 8-1/2 games ahead of Boston. The Red Sox had the league's best ERA at 2.35, despite the loss of Smokey Joe Wood, who was limited to 18 games by an arm injury that would end his pitching career by 1916. Back in the majors as a regular outfielder by 1918, Wood retired after the 1922 season with a lifetime .283 batting average. Boston's Ernie Shore had a 10-4 record with an ERA of 1.99 and Dutch Leonard went 19-5 with the lowest-ever season ERA, 0.96. Making his major league debut, 19-year-old lefty Babe Ruth went 2-1 in four appearances.

The underdog Braves swept the 1914 World Series in four games from Philadelphia. Mack, fed up in part with what Federal League competition had done to his payroll, auctioned off his stars, one by one, to the highest bidder. As a result, the Athletics finished last every season for the next seven years.

Check out the events that made headlines during the 1914 baseball season on the next page. 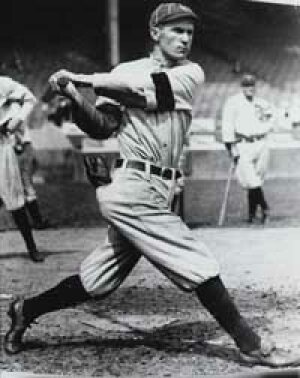