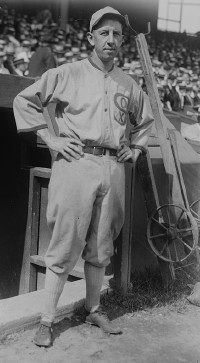 The 1909 Cubs won 104 games. They had done worse before and won the pennant, but this time Honus Wagner and the resurgent Pirates finally put it all together and went 110-42 to take the National League pennant by 6-1/2 games.

Wagner led the Pittsburgh offense on its way to a league-best 699 runs scored, winning another batting title at .339 and stroking 39 doubles and 100 RBI. Fred Clarke led the league in walks with 80. The National League leader board in runs scored was crowded with Pirates, from Tommy Leach with 126 to Clarke with 97 to Bobby Byrne and Wagner, both with 92.

A much improved Pittsburgh pitching staff included Howie Camnitz, who went 25-6 to tie for the National League lead in winning percentage at .806, and 22-game winner Vic Willis. The Pirates led from May 5 until the final day of the season.

The American League race was a two-team affair between Detroit, the defending champion and winner for the past two seasons, and Connie Mack's rising Philadelphia dynasty.

Mack's pitching staff was anchored by Harry Krause, whose 1.39 ERA nosed out White Sox Ed Walsh's 1.41 for the ERA title. Baker and outfielder Danny Murphy combined for 33 triples and supplied the power for a late-season charge that carried the A's briefly into the lead over Detroit.

Ty Cobb turned in his best performance to date and dominated the American League at least as much as Wagner did the National League. Cobb led the league in batting at .377 and slugging at .517; he was also first in runs with 116, RBI with 107, stolen bases with 76, and on-base average at .431. The Tigers had two of the American League's three 20-game winners in Mullin and Ed Willett.

In 1909, the first two modern steel-and-concrete ballparks, Shibe Park in Philadelphia and Forbes Field in Pittsburgh, opened their doors. Another first was the seven-game World Series, which was won by Pittsburgh.

While the fans who came to see a Cobb/Wagner match-up were disappointed -- Wagner had a decent Series, hitting .333, but Cobb flopped completely, batting .231 -- the Series was an exciting nip-and-tuck contest in which the teams alternated victories.

The hero of the 1909 Series was 27-year-old rookie Babe Adams, who had gone 12-3 during the season with a 1.11 ERA in limited spot-starting duty. Adams's junk held the great Cobb to a single hit in 11 at-bats as he won games one, five, and seven to finish 3-0 with a 1.33 ERA for the Series. This would be the last World Series for Detroit until 1935 and the last ever for Cobb and Wagner.

Find out what made headlines during the 1909 baseball season on the next page.

A triple-play and a triple crown are among the most newsworthy occurrences of the 1909 baseball season. Read about these and see other headlines below:

Harry Krause won precisely half of his 36 victories in the majors as a rookie with the 1909 A's, leading the American League with his 1.39 ERA that year. He won his first ten starts, six of which were shutouts.

By 1912, he was in the minors, where he stayed until 1929 without ever getting a second chance up top. A native San Franciscan, Krause pitched for over a decade with the Oakland Oaks in the Pacific Coast League. He won well over 200 games in the PCL, and over 300 games in his professional career.

Howie Camnitz had a career year in 1909 -- a 25-6 record, a league-leading .806 winning percentage, a 1.62 ERA, and 133 strikeouts -- and the Pirates needed all of it to hold off the charging Cubs. In the 1909 World Series, the Kentucky native was knocked out early in his lone start and saddled with the loss.

Camnitz would post two more 20-win seasons before going a miserable 9-20 in 1913. He ended his career in 1915 with the Pittsburgh Rebels of the Federal League.

There is still some doubt as to whether or not Neal Ball's unassisted triple play in 1909 was really the first in major league history. In any event, it was his main claim to fame in a mediocre seven-year career. Ball, oddly enough, was deemed in his day to be a decent hitter for a shortstop, yet not much of a fielder.

Unknown to Tiger hitters prior to the 1909 World Series, Babe Adams would become unforgettable to them over those nine days, Adams is the only pitcher to win three games in a Series after serving during the regular season as only a second-line hurler.

Forbes Field opened on June 30, 1909. The standing-room crowd in the outfield cut the size of the playing field somewhat on this day, but it was still gigantic: The plate-to-foulpole distances were the longest in the National League.

No one came close to matching Ty Cobb's stats in any of the three Triple Crown categories in 1909: a .377 average, nine home runs, 107 RBI. One irony is that even as Cobb first demonstrated his hitting greatness, he was playing on his last pennant-winning team.

Find more highlights from the 1909 baseball season on the next page. 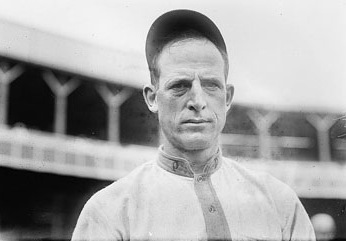 The 1909 baseball season led to the most exciting pennant race to date. The Pittsburgh Pirates beat the Detroit Tigers in seven games; thanks in large part to rookie Babe Adams, who held the great Ty Cobb to a single hit in 11 at-bats. Below, you will find highlights from the 1909 baseball season:

Continue to the next page for even more highlights from the 1909 baseball season.

1909 proved to be an exciting baseball season, both on and off the field, as everything from an 18-inning scoreless game to Ty Cobb's arrest for assault in Cleveland made the news. See more highlights from the 1909 season below: