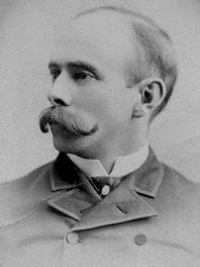 Frank Selee led the Cubs to second place in 1904.

American League fans enjoyed the first of many Boston-New York pennant races in the 1904 baseball season, thanks mainly to Yankees pitcher Jack Chesbro's record 41 wins, 51 starts, and 48 complete games. After a season-long dogfight, the race came down to a last-day doubleheader between the two teams in New York. Boston's half-game lead meant that New York needed to sweep.

In the opening game, Chesbro dueled Bill Dinneen until the ninth, when a Boston rally threatened to break a 2-2 deadlock. With catcher Lou Criger on third, two out, and two strikes on good-hit shortstop Freddy Parent, Chesbro launched a spitball past catcher Red Kleinow's head. Criger scored, and Boston held off New York in the bottom of the inning to win 3-2 and clinch the flag.

Chesbro died in 1931, about a decade too soon to see the world remember him as the winningest pitcher in 20th-century history, instead of one of the all-time pennant-race goats.

Fourth-place Cleveland featured the league's best offense in 1904. Nap Lajoie banged out 49 doubles and batted .376 to win another batting title; he also led the American League in both on-base average at .405 and slugging average at .552.

John McGraw won his first National League pennant in grand style; his Giants won a then-record 106 games and lost only 47. A typical McGraw team, the pitching was ably handled by workhorses Joe McGinnity and Christy Mathewson, who won 68 games between them; but New York's National League-leading offense was a complete team effort.

Lacking a dominant star, the Giants lineup was made up of beautifully complementary parts, including George Browne, who led the league in runs with 99; Bill Dahlen, who led in RBI with 80; and Sam Mertes, who was second in doubles with 28.

As a team, the Giants led the league in runs, hits, doubles, home runs, walks, batting average, and stolen bases. McGinnity won the National League's ERA title at 1.61, the finest ERA mark of his Hall of Fame career.

The Pirates were let down by poor pitching and finished fourth; Honus Wagner won his third batting title and stole a league-leading 53 bases. Frank Selee's second-place Chicago club won 93 games with rising young stars like Frank Chance, Johnny Evers, and Joe Tinker. The Cubs would be heard from soon.

Fans who anticipated another exciting interleague, postseason series were disappointed. Late in the year, John McGraw and New York owner John Brush issued a press release that called the American League a "minor league" and stated that the Giants "desired no greater glory than to win the pennant in the National League."

The National League would therefore refuse to meet the American League pennant winner -- McGraw had struck one more spiteful blow against his old enemy, Ban Johnson. After the season, however, owners from both leagues sat down to make sure that this would never happen again. They drafted a set of guidelines that established a formal World Series under rules that remain more or less intact today.

Continue to the next page to see some of the headlines from the 1904 baseball season.

Never before and never again would two middle infielders dominate every phase of the game as did Honus Wagner and Nap Lajoie in the early 1900s. The only two major batting departments in which Wagner failed to lead the National League at least once were home runs and bases on balls. In 1904, he led the National League with a .349 batting average, a .520 slugging average, and 53 steals.

Like Jack Chesbro, Bill Dinneen fell on hard times after the 1904 campaign, a year in which he went 23-14 in 336 innings without being relieved (a season record in the American League). A 20-game winner in each of his first three seasons with the Boston Americans, Dinneen won only 47 more games in his five remaining years in the majors and just once, in 1908, was a better than .500 pitcher.

Joe McGinnity averaged more than 27 victories a year in his first eight major league seasons -- no other pitcher since 1893 has won as many games as quickly at the commencement of his career. In 1903, McGinnity also became this century's only 30-game winner to lose 20 games in the same season. He came back in 1904, reaching the peak of his career with 35 wins, best in the National League.

Nap Lajoie topped the American League in 1904 with a .376 batting average, a .552 slugging average, 211 hits, 305 total bases, and 49 doubles. Only once in his 21-year career did he play on a team that came close to winning a pennant -- in 1908, when the Cleveland club he piloted finished just a half-game behind Detroit.

This was Lajoie's greatest disappointment, in part because he played poorly in the season-ending series with St. Louis that could have brought Cleveland the flag.

No baseball immortal aged more rapidly than John McGraw (born in 1873), who captured his first pennant in 1904 as manager of the New York Giants. Photos of him in the early 1900s show a man who seemed too young to have already played ten years in the majors; by the end of the decade, he looked to be deep into middle age.

Like many of the A's stars in the early part of the century, Harry Davis was a slow starter. Following a good season with Pittsburgh in 1897, he went into a tailspin and spent most of the rest of the 1890s in the minors before joining the Mackmen in 1901. By 1904, he was the American League's top first sacker (and its leader in home runs with ten).

Find even more highlights from the 1904 baseball season on the next page. 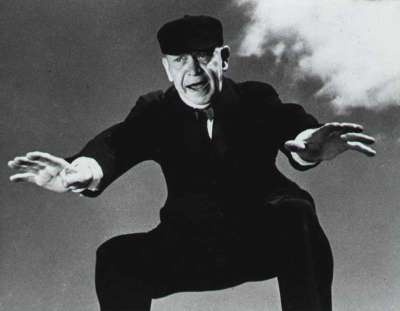