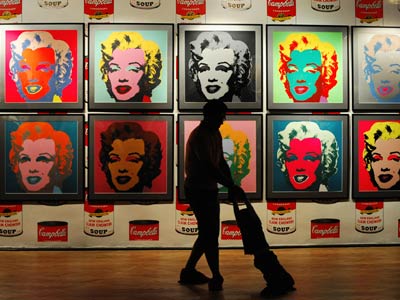 Avant-garde pop artist Andy Warhol once said that in the future, everyone will have 15 minutes of fame. He died before he saw how right he was -- reality TV appeared only a few years after Warhol's death in 1987. The Andy Warhol Foundation for the Visual Arts continues to sign off on deals with companies such as Levi Strauss and Barney's New York to reproduce Warhol soup cans and portraits for the masses, which keeps the Factory creator cranking out the dough more than two decades after his death.