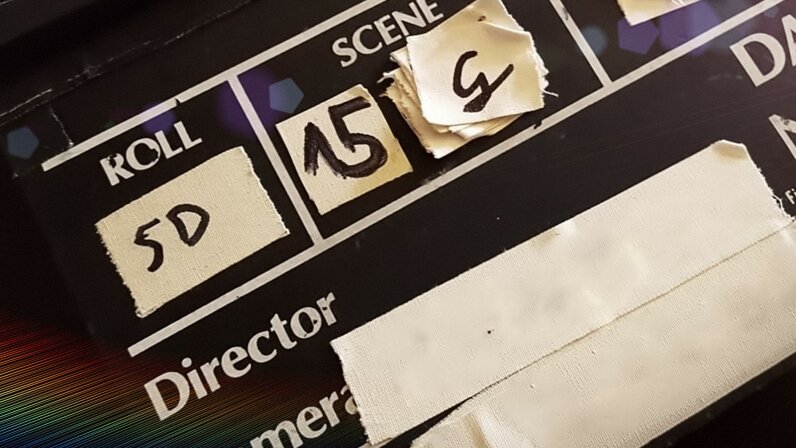 At the tender age of four, a freckle-faced boy with a toothy grin began a film career that would last several decades. America would soon come to recognize Ron Howard as a lovable little kid on The Andy Griffith Show and later as a lovable teen on Happy Days, two of the most popular shows in the history of television. But Howard wasn't content to be an actor; he had dreams of directing. With a penchant for telling a good story, Ron Howard has been criticized for sometimes being too sentimental, but you can't fault him for having a heart -- and legions of movie fans prove that, sappy or not, Howard's heart is in the right place.

Tom Hanks and Darryl Hannah star in this film about a young man in love with a mermaid. Splash made a bundle for Disney's new Touchstone division and was the studio's most successful live-action feature up to that time. Burgeoning star Hanks took the role of Allen (after it was turned down by John Travolta and Bill Murray), then watched as it launched him as one of Hollywood's most popular stars. With Splash, Ron Howard proved his ability to warm audience's hearts while keeping them laughing.

Hot on the heels of the mermaid love story, Ron Howard took on another seemingly too-bizarre-to-work plot and made a hit out of it. In 1985, audiences watched a bunch of elderly people discover the fountain of youth in a swimming pool occupied by aliens. Not only did the uplifting movie go over well with audiences of all ages, the Academy saw an inspired performance by lead Don Ameche and gave him the Best Supporting Actor Oscar in 1986. Another Oscar went to the special effects team that worked on Cocoon -- incredibly enough, those misty, glowing aliens from the mid-1980s still hold up in today's world of computer-generated imaging.

If you were a kid in the 1980s, chances are good you saw Willow at least once. This sci-fi/fantasy story, penned by George Lucas, follows the adventures of a diminutive farmer and amateur magician named Willow as he attempts to save a baby princess from death at the hands of evil queen Bavmorda. With the help of a swordsman named Madmartigan (played by Val Kilmer), Willow executes his quest with courage, will, and more than a few lucky breaks. The movie did pretty well at the box office, but not well enough for a sequel. Willow was a big break for Ron Howard, who, until the movie's release, had been pigeonholed as a director of light comedy.

Producer Brian Grazer, along with writers Babaloo Mandel and Lowell Ganz, teamed up with Ron Howard to develop this story, loosely based on their own experiences as parents. Steve Martin stars as a hapless dad with a wildly extended middle-class family, including Dianne Wiest as a frazzled mother of two, Rick Moranis as a type-A father, Jason Robards as Grandpa, and a host of other quirky characters. Parenthood was a hit, grossing more than $100 million, a coup for a character-driven, non-action film at the time.

Ron Howard established himself as a bona fide blockbuster director with Backdraft in 1991. The story follows a pair of fire-fighting brothers as they work and toil in the Chicago Fire Department. Kurt Russell and William Baldwin star as the brothers who play cat and mouse with a mysterious arsonist. Robert De Niro stars as the cut-the-crap arson investigator and Donald Sutherland shines as his creepy nemesis. While some of the lines in Backdraft are a little heavy-handed, the filming of the fire is proof of Howard's directorial prowess. The fire itself was often cited by critics as being the most interesting character in the film.

Years before he was lambasted for his frenetic behavior, Tom Cruise and then-wife Nicole Kidman made a respectable movie with Ron Howard about two young Irish immigrants in the Oklahoma Territory in the late 19th century. Life is hard for the young couple, but with love on their side, anything is possible. Well, except for good reviews and a big box office draw. Though Far and Away had many fans, the studio was disappointed with the box office returns and confused about why it wasn't a bigger hit. After all, Cruise and Kidman were huge stars at the time, and Howard had more than established his reputation.

Not much attention was paid to the many moon missions in the years following the first lunar landing -- until something went wrong. Apollo 13 is based on the true story of NASA astronauts Lovell, Haise, and Swigert, who encountered massive technical difficulty when returning to Earth. The phrase "Houston, we have a problem" originated on this mission and is delivered by Tom Hanks's Lovell in this edge-of-your-seat movie. The rest of the cast includes Bill Paxton, Kevin Bacon, Gary Sinise, Ed Harris, and Kathleen Quinlan. Apollo 13 was a summer blockbuster, raking in more than $175 million at the box office and scoring two Oscars.

Mel Gibson stars in this modern remake of a 1956 film of the same name. Gibson plays Tom Mullen, the wealthy father of a recently kidnapped boy. When the FBI's plan goes awry, Mullen takes matters into his own hands by going on national television to offer a deal to anyone who can bring his son safely home. It's a risky proposal and the film takes audiences through a multitude of twists and turns before the resolution. Ransom wasn't an Oscar contender, but it pleased audiences nonetheless, drawing in almost $140 million.

In the early days of reality TV, even Ron Howard jumped on the bandwagon. EdTV is the story of television producer Cynthia (played by Ellen DeGeneres), who believes that the way to save her station's ratings is to broadcast a person's life, 24 hours a day, 7 days a week. Matthew McConaughey plays the feckless Ed Pekurny, whose life starts out fairly normal but doesn't stay that way for long. It's a mix of love story, morality play, and social commentary, but it didn't make a huge impression at the box office.

How the Grinch Stole Christmas (2000)

Theodor Geisel, better known as Dr. Seuss, wrote the children's book How the Grinch Stole Christmas in 1957. After countless attempts to create a live-action film version were denied by Geisel, Howard won the chance to direct an adaptation of this silly but charming story of redemption and the magic of Christmas. Jim Carrey plays the Grinch, a large, green monster who steals the presents of the defenseless Whos of Whoville. Carrey's makeup and costume were notoriously awful, requiring three hours in the makeup chair each day. But it paid off for the makeup artists--they won an Oscar for their efforts and the costume department was also nominated for their work. The movie did fairly well at the box office, grossing $260 million, but critics didn't find much to like -- it's tough to improve on Seuss, even if your name is Ron Howard.

In his latest stretch of films, Ron Howard made some introspective dramas. Read about them in the next few pages.

Ron Howard showcased his love of a good underdog story in this biopic about mathematician John Nash. The film follows the genius Nash as he falls deeper and deeper into paranoia after the U.S. government asks him to help break Soviet codes -- it doesn't help that Nash is a diagnosed schizophrenic. Only his wife, Alicia, played by Jennifer Connelly (in the role that garnered her an Oscar), can help bring him back to reality. A Beautiful Mind swept the box office and the Oscars, earned Howard his first Best Director and Best Picture awards, and nabbed an award for Best Screenplay. You've come a long way, Opie.

In 2005, Ron Howard brought Depression-era prizefighter Jim Braddock's life story to the big screen. The film received international accolades for its nuanced performances and what many felt was flawless execution. The tale is dramatic: As an impoverished ex-boxer working odd jobs, Braddock was unable to support his family during the bleak days of the Great Depression. In a true-grit change of heart, the fighter steps into the ring again and goes on to become a true underdog legend. Russell Crowe stars as Braddock, Renée Zellwegger plays his wife, and Paul Giamatti earned an Oscar nod as Braddock's manager, Joe Gould.

If you want to cause controversy, question the whole foundation of Christianity via numerology, secret societies, and the Mona Lisa. Dan Brown's novel came first, selling around 60 million copies before Ron Howard released his film version of The Da Vinci Code in 2006. Tom Hanks stars as Robert Langdon, a symbologist caught up in the middle of a murder mystery with ancient implications. He is assisted/thwarted by French actors Audrey Tatou and Jean Reno and British star Ian McKellen. The Da Vinci Code scored serious hype before its release and claims the highest-grossing foreign start in history, raking in $152.6 million in its first days in theaters around the world. The film captures rarely seen images of Paris's Louvre museum and the story, which is full of twists, turns, and intrigue, is captivating even if you don't buy into the premise. 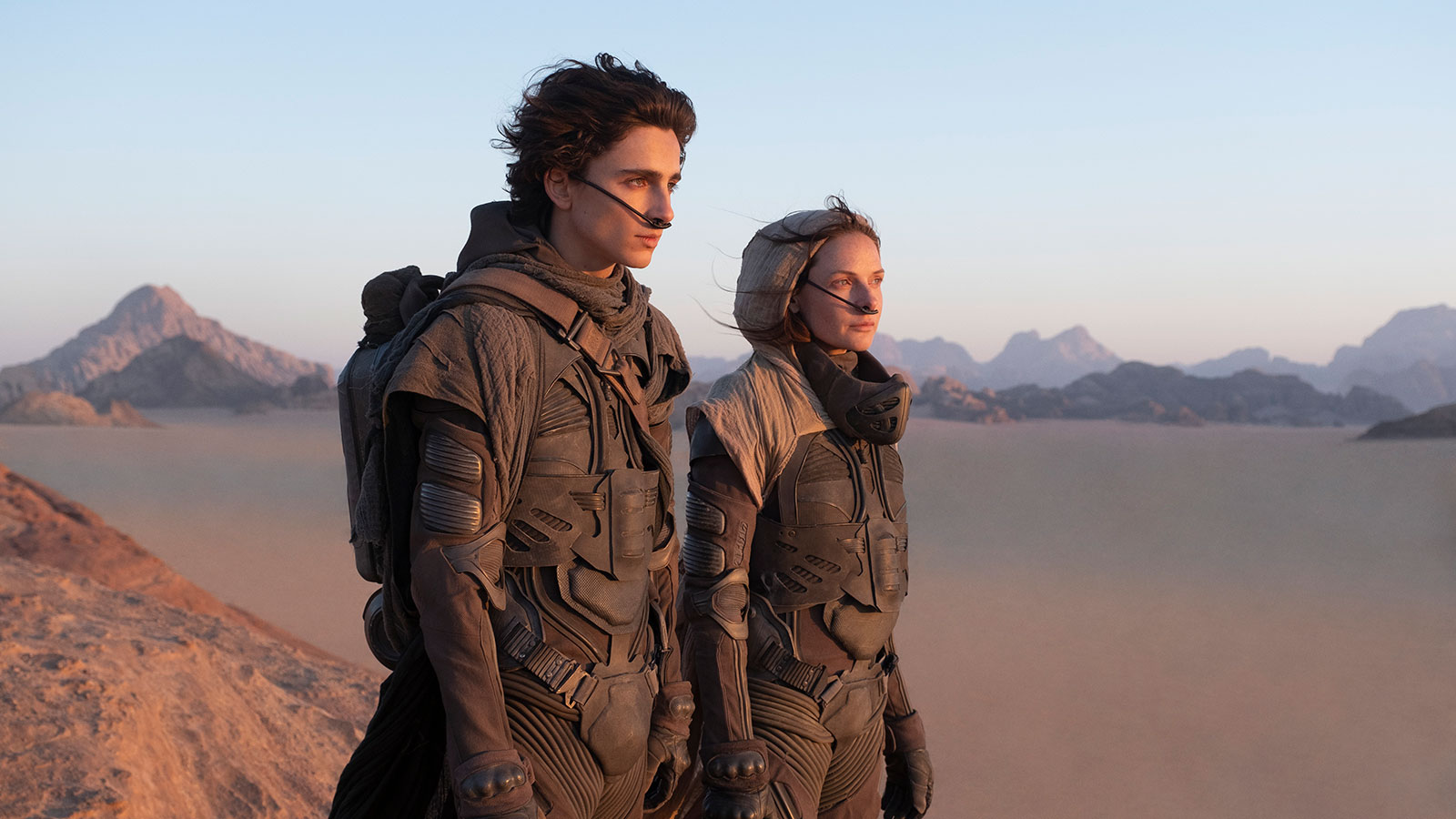