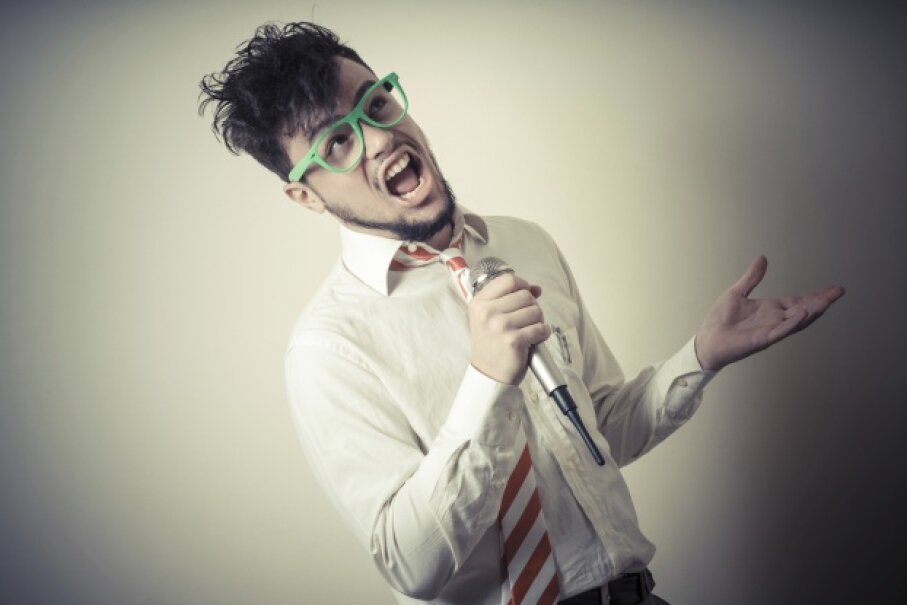 Nobody except your buddies is going to give you business if you goof up a lyric during karaoke. Bit of different story for the recording artists in this article though. iStockphoto/Thinkstock

Lyrics aren't always meant to be taken literally. Nobody should have to endure some obnoxious guy at a bar pedantically explaining that the sun never goes around the moon. (I don't know why you're at a bar that plays Vanessa Williams songs from two decades ago, but just go with it.)

But some artists just get it plain wrong. Whether it's due to lack of research, laziness or simply a strident desire to stick to the rhyme scheme, there are occasions where creative license turns to pure fiction. 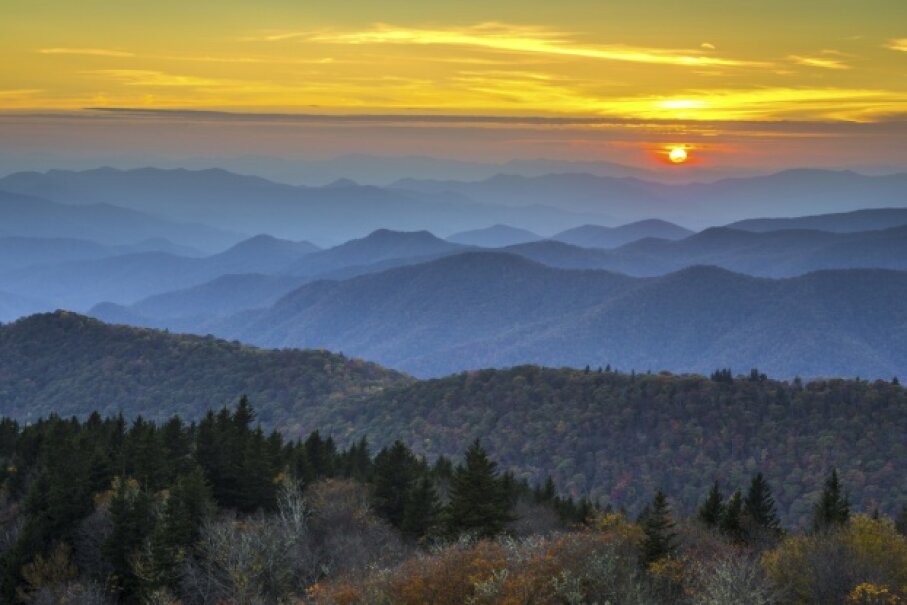 They're gorgeous, but they're not really in West Virginia. iStockphoto/Thinkstock

To be fair, Denver and his co-writer penned the song on a road trip, and thus the paean could be seen more as an appreciation of the area instead of an accurate cartography lesson. And consider the source: Denver himself was actually born Henry John Deutschendorf Jr. and adopted the name Denver simply because he liked Colorado. Perhaps geography wasn't too sacred to Mr. Denver. 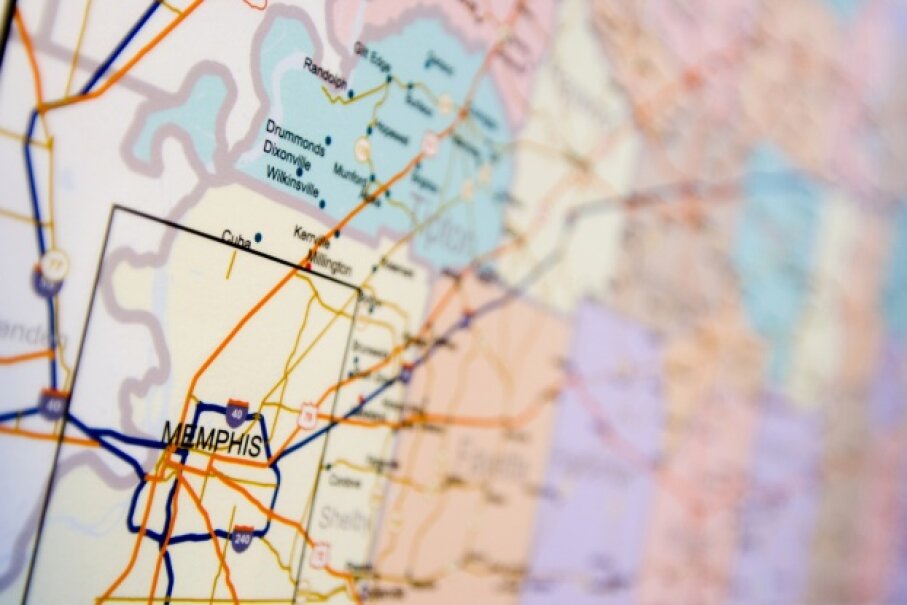 Home of Sun Records, or not so much? iStockphoto/Thinkstock

When we're talking wrong facts, there are some that are borderline forgivable. In the 1984 Band Aid song, "Do They Know It's Christmas?," the all-stars sing, "there won't be snow in Africa this Christmas time." Truth is, there is consistent snowfall in the Atlas Mountains of Morocco.

But when you're writing an ode to a city, best you get all the facts about the place right. And the Lovin' Spoonful wrote a groaningly stupid error in their song "Nashville Cats."

The line in question reads, "Every one is a yellow Sun record from Nashville," an assertion that might surprise the folks of Tennessee. Sun Records was (pretty famously) based in Memphis; they were so Memphis through and through that their artists included that most famous city son himself, Elvis Presley. And they stayed Memphis, that is, until they packed up and moved their principal place of business to Nashville, but, confusingly, you can still find Sun Studio in Memphis. 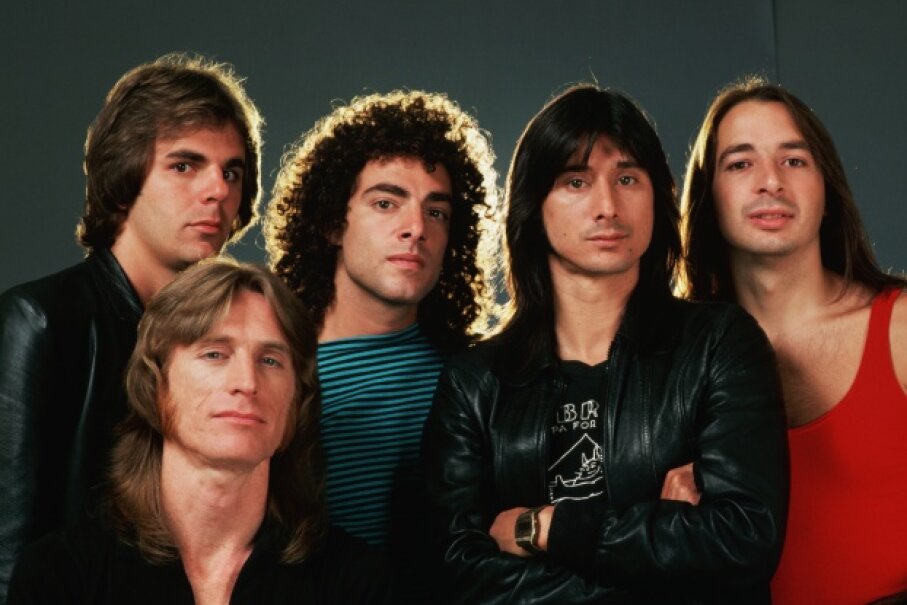 Jonathan Cain, Ross Valory, Neal Schon, Steve Perry and Steve Smith in all their Journey glory. Note: None of them were born and raised in south Detroit. © Roger Ressmeyer/Corbis

The next time you're out doing karaoke with your pals at the local bar, someone will sing Journey's "Don't Stop Believin'," because facts are facts. And when they do, you now have a choice to make. Would you like to be that person who snottily tells everyone how very wrong Steve Perry is regarding the geography of Detroit, or would you like to keep your friends? Consider.

As many Michiganders will tell you, "born and raised in south Detroit" sounds pretty badass, but it is in, in fact, totally made-up. There's no south Detroit to speak of, unless you count the Detroit River. Which, on second thought, is a pretty hardscrabble place to call home.

'Nothing Better' by The Postal Service 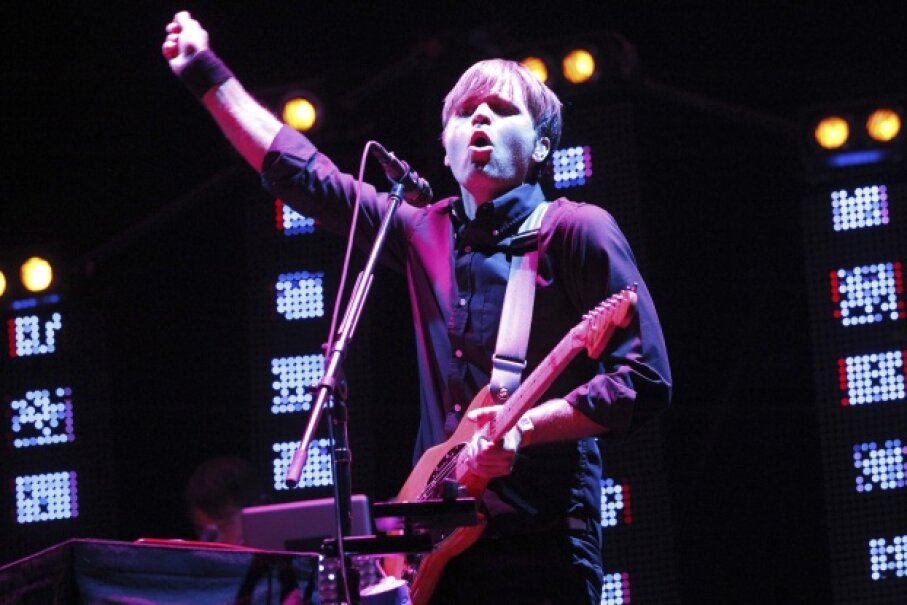 Ben Gibbard of The Postal Service performs during the Coachella Music Festival in Indio, Calif., on April 13, 2013. © Mario Anzuoni/Reuters/Corbis

It's a terrible stereotype, but perhaps we should just put it out there: Beware earnest indie musicians singing about sports. Although there's no doubt that Ben Gibbard of The Postal Service (and Death Cab for Cutie) knows his baseball -- he wrote an amazingly heartfelt anthem to Ichiro Suzuki, after all -- best to put away the pen when crafting analogies for sports you're not so familiar with.

In the Postal Service song "Nothing Better," Gibbard no doubt annoys a few sports fans when he sings, " ... and I will block the door like a goalie tending the net in the third quarter of a tied-game rivalry." If he's referring to soccer, he's been misinformed -- it has two halves. So is he talking hockey? The game has three periods, not four quarters. Also, the analogy kind of loses its urgency if he still has an entire quarter left to play. 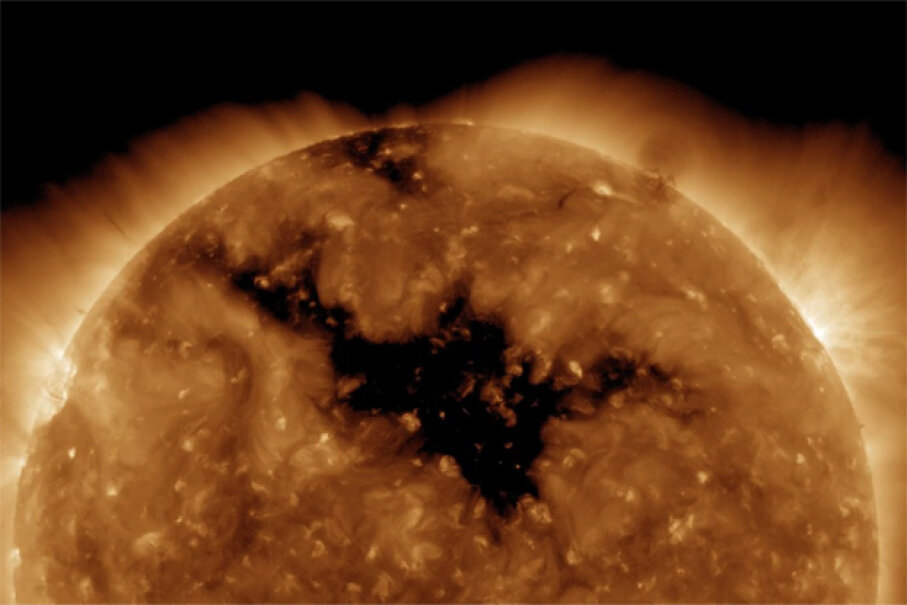 That's a big, dark hole, yes, but it is most definitely not a black hole sun. It's a coronal hole actually. Image courtesyNASA/Goddard/SDO AIA Team

Soundgarden's "Black Hole Sun" probably deserves an award for Music Video Most Likely to Remind 30-year-olds of MTV Back in the Day. The video was on endless rotation. If you are of a certain age, you might recall the setup for the video as completely nonsensical. We can also confirm the setup of the song itself can be marked officially Incorrect.

While some stars with a lot of mass do end up bursting and becoming black holes, our sun is too small to go supernova. Instead, our sun will fade gently into a nebula and leave behind a white dwarf -- that's according not to Chris Cornell of Soundgarden, but Cornell University. Even if the sun did become a black hole, we wouldn't be sucked into it. But we wouldn't be able to keep warm, so we'd probably die anyway [source: Cornell University]. Have a good day!

'The Night They Drove Old Dixie Down' by The Band 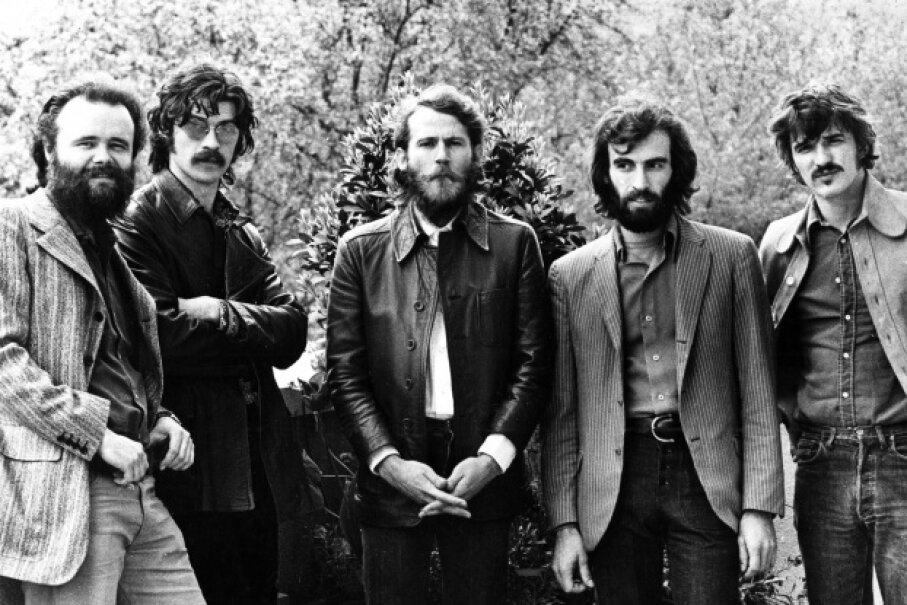 At the very least, Robbie Robertson of The Band should get some credit for trying to write a song that attempts a thumbnail history of the Civil War. Doris Kearns Goodwin and Shelby Foote get hundreds of pages to describe what a musician must boil down to a ditty of three or four minutes.

But we would be remiss to ignore a few of the errors in the song. We'll just name one. Namely, Robertson says that "by May the 10th, Richmond had fell." Alright, kind of fair -- Richmond had fallen, but more than a month earlier, in April [source: The Civil War Trust]. Forgive The Band, though, that inaccuracy. They're Canadians, after all. 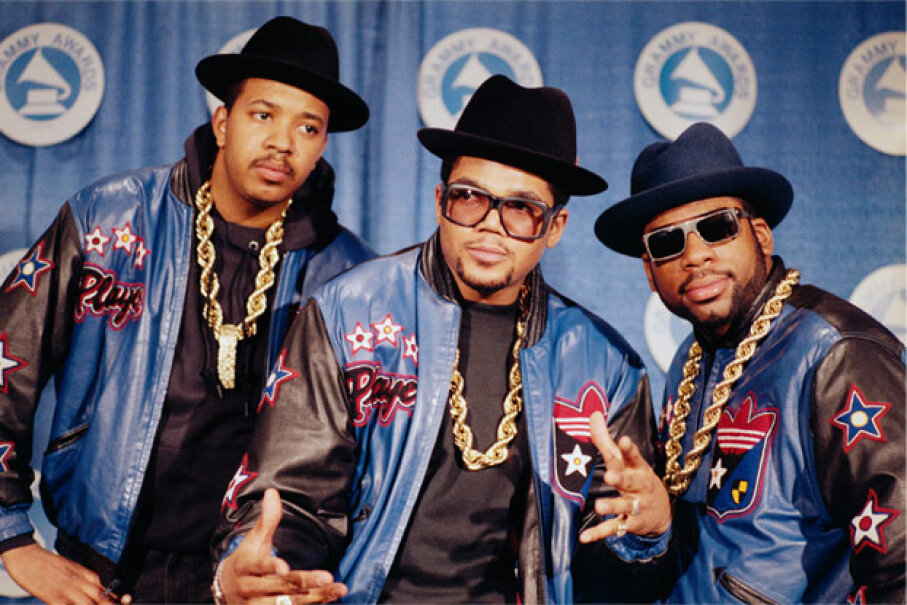 Run-D.M.C.'s bizarre error in "King of Rock" always seemed borderline to me. Could it really be a mistake? They're talking about the most popular group in the history of music, for one, and making an arithmetic error that a toddler could correct. The lyric in question comes near the end of the song, in which the lyrics read, "Every jam we play, we break two needles/There's three of us, but we're not the Beatles."

So not to be overly hairsplitting, but there were four principal Beatles. Which you know. And I know. And Run-D.M.C. surely knows. The most grating part of this lyrical mistake is that they could've easily said, "There's three of us SO we're not the Beatles" or "AND we're not the Beatles." And now I go, to spend all night daydreaming about traveling back through time to convince Run to change that lyric. 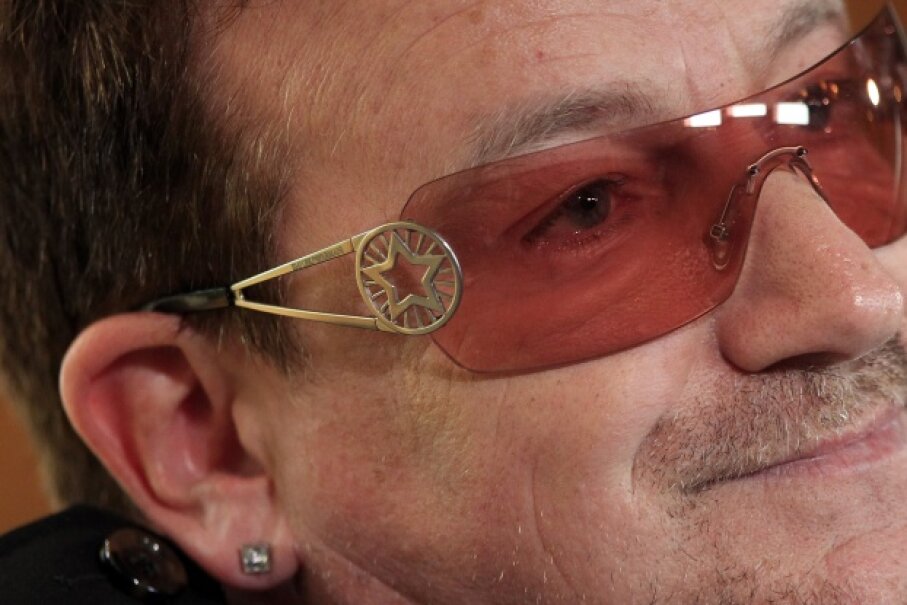 Bono hangs out at the opening session of the 2012 Oslo Forum. Somehow he doesn't seem terribly concerned about that lyric in the song "Pride (In The Name Of Love)." © Cathal Mcnaughton/Reuters/Corbis

Here's another song, oft-karaoked, that contains a mistake that just a little bit of due diligence would've easily corrected.

The U2 song "Pride (In The Name Of Love)" has a lyric in it alluding to Martin Luther King Jr.'s assassination. "Early morning, April 4/Shot rings out in the Memphis sky," Bono sings, but the civil rights leader was actually murdered in the evening.

He was shot around 6 p.m., so Bono could just change the lyric to "early evening," which he sometimes does. But that probably confuses the stadium full of fans no doubt singing along to the tune. I think there's something to be said, however, about the poetry of early morning versus evening. Let's give Bono a pass on this one and just encourage people to read their history and not take what superstar musicians say as gospel.

'Don't Stand So Close to Me' by The Police 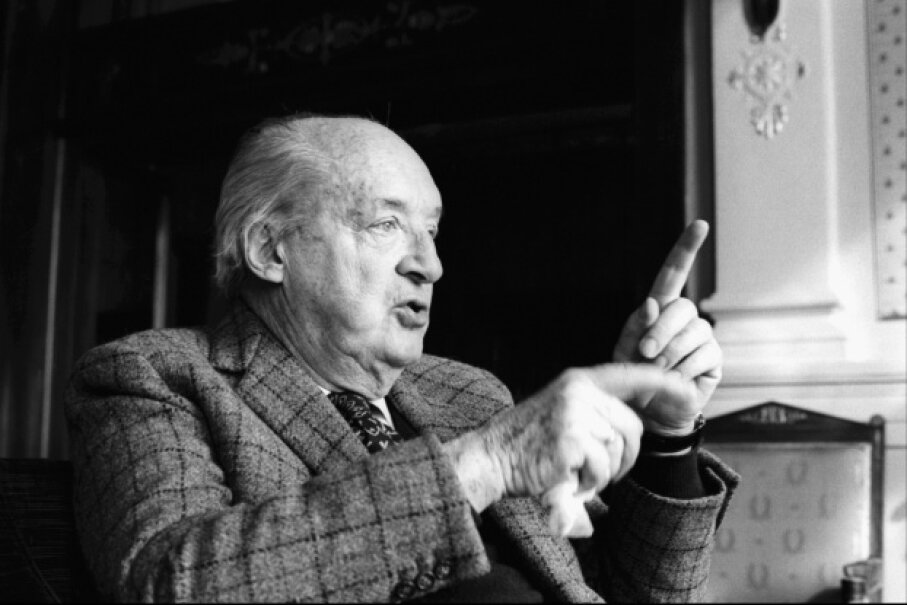 "Hey, Sting, what's up with that pronunciation? Aren't you a former English teacher?" © Sophie Bassouls/Sygma/Corbis

I will get flack for calling this incorrect, but I'm the writer and thus omnipotent on this page. I'm stamping it with the red "WRONG" label, because it's a pet peeve, and when else could I fit it into an article? Unless HowStuffWorks is putting together a list of "Ten Literary Figures Who Have Hard Names," now's my chance.

In The Police song "Don't Stand So Close to Me," Sting sings of a schoolgirl's crush on an older teacher. It's a relationship that is bordering on inappropriate -- and maybe already crossed it. In it, he makes a few references to the novel "Lolita," including a line that goes, "like the old man in/that book by Nabakov." But the thing is, Sting pronounces it wrong. Sting pronounces it "Nab-A-koff" when it is pronounced "Nah-BO-koff."

OK, I get it. It's not a big deal. It's technically not even wrong perhaps. But there's no denying that Sting probably changed the way Nabakov's name is pronounced for generations, just to fit the beats in his rhyme scheme. A scheme that rhymes "koff" with "cough" by the way, which is totally lame.

'Man Down' by Rihanna 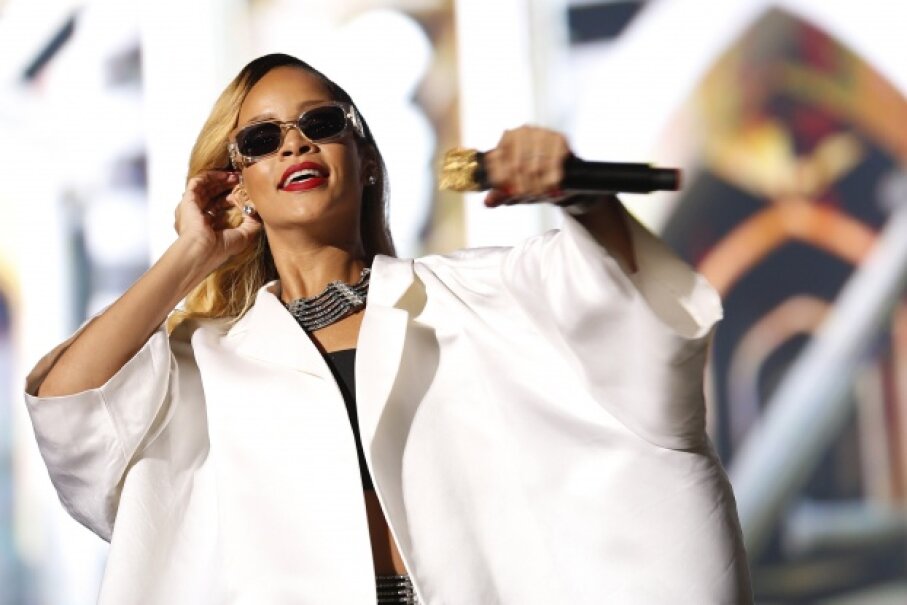 Singer Rihanna performs at the 12th Mawazine World Rhythms international music festival on May 24, 2013. Rihanna, in fact, could not have been somebody's son. © Youssef Boudlal/Reuters/Corbis

We end with a more contemporary song, and what I think is probably my favorite absurd lyric. It's the kind of line that you can try hard to justify, but ultimately can't really be forgiven.

It comes near the beginning of Rihanna's song "Man Down," when she earnestly sings, "he coulda been somebody's son," prompting many of us to nod sagely and think, yes, Rihanna, a man could -- indeed -- have been somebody's son. He, in fact, must be somebody's son, if we're still on operating on the assumption that humans follow a traditional breeding pattern where a mother and father are required for conception.

We're starting to get a little testy here. But if you're just getting fired up about incorrect facts and stupid rhymes, do visit the next page for lots more information.