by Nathan Chandler
Prev NEXT
4

Broadway as a Model

Movies may eventually steal lines from another entertainment staple – Broadway. On the Great White Way, productions remain in theaters for months or even years.

Movie theaters that adopt this model sometimes make events out of running films that aren't necessarily the latest releases, with value-add elements like live accompaniment, shadow players that act right along with the characters on screen, or specially themed snacks and other souvenirs.

The ticket prices are substantially higher for these sorts of events, of course, but many families make their own production out of seeing such shows. The on-screen entertainment becomes part of an occasional, memorable, communal ritual for even more elaborate, quality films instead of disposable and forgettable (or regrettable) weekly viewing of yet another superhero remake. 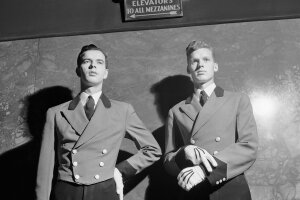