by Theresa Waldron
Prev NEXT
8 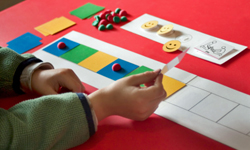 People with autism have a broad range of skills and abilities.
iStockphoto/Thinkstock

People with autism are often depicted as geniuses on TV. But in reality, autism is a "spectrum disorder," meaning people who have it fall within a wide range of abilities. The National Institutes of Health estimates that as many as 10 percent of people with autism have "savant," or genius, capabilities. They may excel in math or music, for example. However, most people with autism fall in a more moderate range of abilities. In the soap opera "All My Children,"Lily is a character with Asperger's syndrome, a type of high-functioning autism. In fact, her character is considered a genius. Although the show raised autism awareness, it depicted just one form of the disorder.