Browse the article 10 Puppets that Made it Big on Television 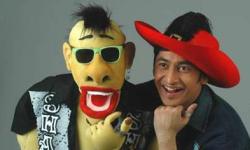 For years, puppets have entertained audiences on TV and the radio. See which ones were the most successful.
Publications International, Ltd.

Puppets have a special place in television history. Many of the first shows broadcast starred ventriloquist dummies, hand puppets, and marionettes. Although animation has replaced many puppet shows, the Muppets and others carry on the tradition.

See the next page to get started with our list of the top 10 puppets to make it big on television.

Kukla, Fran, and Ollie was a children's show that first hit the airwaves in 1947. Kukla, the leader of the group, resembled a clown but wasn't one; Ollie was Oliver J. Dragon, a feisty dragon with one tooth; and Fran was not a puppet but a big sister figure who kept the two in line. Rounding out the cast were other puppets, including Madame Ooglepuss, a former opera diva; Beulah Witch; and Fletcher Rabbit. Although the show was originally created for children, it quickly became more popular with adults for the character development and humor. 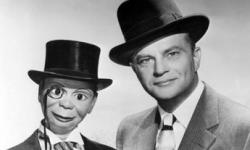 Farfel, the long-eared shaggy dog, and Danny O'Day were puppets who appeared in many TV commercials for Nestle's Quik. Danny O'Day sang "N-E-S-T-L-E-S, Nestle's makes the very best . . ." and Farfel responded with "Chawk-lit!" Along with ventriloquist Jimmy Nelson, the trio reached national prominence in the 1950s when they joined the Texaco Star Theater starring Milton Berle.

Created in 1958 by artist Maria Perego, Topo Gigio, a friendly mouse with huge ears, was the star of a children's television show in Italy in the early 1960s. Immensely popular in his home country, Topo Gigio became a worldwide sensation after his appearance on The Ed Sullivan Show in 1963. A fixture of Italian pop culture, Topo Gigio still performs regularly at festivals in Italy. 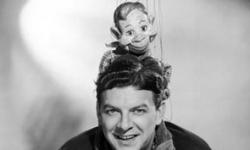 Andy Pandy, a marionette who lived in a picnic basket, starred in the British children's television show of the same name, which first aired in 1950. Andy's sidekick was a teddy bear named Teddy, and rag doll Looby Loo only appeared when the two weren't around. In 2002, the show was revived using stop-motion animation rather than puppets, and some new characters were added, including Missy Hissy, a snake; Tiffo, a dog; and Orbie, a yellow and blue ball.

Lamb Chop is a sweet sock puppet sheep created by comedian and ventriloquist Shari Lewis in 1957. During the 1960s, Lamb Chop appeared on Lewis's musical-comedy television show. In 1992, Lewis created Lamb Chop's Play-Along, a children's show for PBS that won five Emmy Awards. Shari Lewis died in 1998, but her daughter Mallory has kept Lamb Chop alive for her many fans. 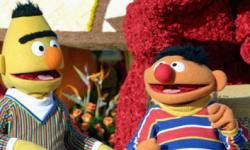 Resembling a rottweiler, Triumph the Insult Comic Dog is a rubbery hand puppet featured on Late Night with Conan O'Brien. Triumph speaks with an Eastern European accent, puffs on a cigar, and his trademark catchphrase is ". . . for me to poop on!" -- usually spoken to negate a compliment that precedes it, such as "You're the best . . . for me to poop on!" Since his debut in a 1997 comedy skit about the Westminster Kennel Club dog show, Triumph has been tossing insults at guests in the style of comedian Don Rickles. 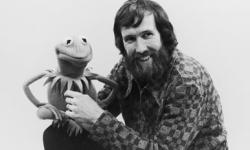