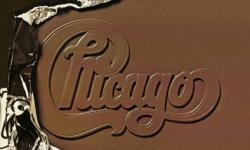 When Chicago formed in 1967, they actually called themselves Chicago Transit Authority. Trouble was, that was the name of the, uh, Chicago Transit Authority. The powers that be didn't want any confusion about what was a rock band and what was a public transportation system, so they made the guys change their name. After becoming Chicago, hits such as "25 or 6 to 4" and "Hard to Say I'm Sorry" made the band a household name.